Initially touted as revolutionary and progressive in the 1990s, the lightening evolution of digital technologies, running on the coattails of continuous innovation, has been accompanied by the rise of both extreme socio-economic inequalities and loud and widespread populism, nationalism and overt racism. Many countries are undergoing de-democratization processes undergirded by very resilient neoliberalism, while claim-making by conservative political actors has gained considerable ground in the always contentious political arena. 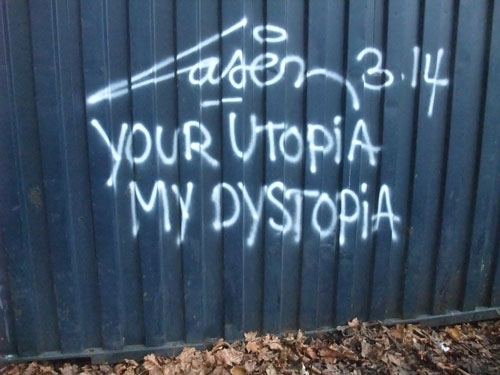 The unexpected and devastating pandemic triggered by the accelerated spread of the SARS-COV-2 virus has put into evidence the real constraints of a now aging and highly monopolistic digital sector. While information and communication tools and platforms are indeed thriving during the crisis, the industry has shown its real limitations. Indeed,  it has no way of tackling the most basic economic and social needs of the population. The closing of continuously expanding political and wealth gaps is also beyond its domain. Instead, the sector is now perceived as part of the problem.

The pandemic has emerged at a time when the global economy is transitioning into the AI age. Here, a set of both revamped and new digital technologies are in the process of becoming a universal means of production that can be deployed in most, if not all, sectors of society. To some observers, the ongoing pandemic could be the perfect storm to expedite the evolution and deepening of the AI age.

Taking a birds-eye view of the process, it is possible to identify two distinct phases in the rapid evolution of digital technologies. In the first one, starting in the early 1990s, new digital technologies, incarnated in the form of Information and Communication Technologies (ICTs), propelled the global digitization of information and communication processes and offered not only improved products and services but also a plethora of new ones. The production of digital commodities was its main trait and the individual consumer its main actor on the demand side. The elimination of most “analog” intermediaries was a clear target that helped create giant and wealthy digital corporations concentrated in a handful of countries. Datafication, or the indiscriminate capturing, analysis and commodification of personal data accompanied by the birth of big data along open data played an essential role in this evolution. In this phase, the impact of digital technologies on the real sector of the global economy was limited. Not surprisingly, economists continuously suggested that computers and IT were everywhere except in national statistics.

Heavily relying on the previous, the second phase of digital technology development started after 2010 with the rebirth of AI and its family of technologies, working in tandem with new ones such as blockchains. In this stage, digital technologies are finally moving en masse into the production spheres of many sectors in national economies. The goal is not anymore to produce new digital products but rather to fully digitize the production of analog products via robotics, overall digital automation, unstoppable productivity increases and the potential displacement of humans from most jobs. The same goes for the financial sector thanks to the impact of blockchains – albeit the technology has yet to reach maturity.

AI is closer to the steam engine of the nineteenth century than to the transistor radio, television, or the mobile phone of the twentieth. Pundits have already found the appropriate label to describe this evolution: the 4th Industrial Revolution. However, and unlike the steam engine, the sphere of action of AI is not limited to the industrial sector. The quasi-universal character of AI makes it prone to infiltrate almost all human activity, including the production of information, knowledge, the arts and scientific research, among others. The AI age is much more complex and invasive, and should thus not be seen as yet another industrial revolution. It goes without saying that AI will also reshape the contours of the ICT-driven phase of digital development. Indeed, AI is not part of team ICT. Instead, AI will also change the way ICTs are produced, distributed and consumed.

The same goes for contentious politics (CP), defined as the intersection between contention, collective action and politics. Here, a series of new research questions take center stage. The impact ICTs and AI have had and will be having on CP in the future come first to mind. Some researchers are already suggesting that CP must be revisited as ICTs have relegated collective action to a minor role or made it irrelevant. The argument here is that hackers and similar, acting as lonely individuals, can spark CP in the digital public sphere, regardless of collective action.

While I am not sure that holds any water, a more interesting hypothesis can be posed if we reverse this logic. As ICTs have, for the most part, moved collective action from the streets to digital media and the so-called digital public sphere, CP has thus lost quite a bit of steam in the last 20 years or so. The so-called multi-stakeholder approach, used ad nauseum for Internet Governance, adds to this as its core goal is precisely to eliminate contention from the equation. Calls to mainstream multi-stakeholder approaches are frequently heard across the board. From a CP perspective, multi-stakeholder approaches establish new ways to regulate contention, minimize confrontation and foster consensus while assuming a level playing field.  Historically, CP regulation has been in the hands of the state. But now we have non-state actors trying to do the same. In any case, nowadays CP is making a big come back thanks to pervasive and resilient racism, deep inequality, and the Covid-19 pandemic. But that might be the exception rather than the rule.

Another research path points to the potential impact of the AI age on CP. As AI is not part of the already large ICT team, we should expect it to make its own contributions, positive or negative. One of the most touted impacts of AI is its repercussions on human activities of all sorts. In one way, one could argue that AI should liberate humans from the most menial and laborious tasks and work that no one would want to undertake if they had other options on the table. But it might also “liberate” others who are doing work they find creative and rewarding. If this is so, we should expect a rise in claim-making and overall CP in the short and medium terms to address such “liberation” and find ways to build alternatives where people are part and parcel of the solution. This will not be handed to us. We still need to fight for it and thus, we should all engage in sustained CP in all its forms to steer the future and get to a better place.

Brown, Wendy. 2019. In the Ruins of Neoliberalism: The Rise of Antidemocratic Politics in the West. The Wellek Library Lectures. New York: Columbia University Press.

Gordon, Robert J. 2017. The Rise and Fall of American Growth: The U.S. Standard of Living since the Civil War. Ninth printing, and First paperback printing, with A new afterword by the author. The Princeton Economic History of the Western World. Princeton Oxford: Princeton University Press.

Contentious Politics in the AI Age

Blockchains in the Public SectorDigital Government Revisited - IIDigital Public Policy Development - ICovid19: A "Swedish" Model?Waiting for yet another Industrial Revolution