The PC revolution. The Internet revolution. The mobile revolution. The social media revolution. The blockchain revolution. And the AI re-revolution. We seem to be living in times of Permanent Revolution. Also reminds me of the Age of Revolution that thrived a couple of centuries ago. Back then, social uprising calling for regime change was the clarion call. Nowadays, revolutions touted by the media are mostly limited to rapid technological change, pace the failed Arab Spring. Times seemed to have changed. However, let us not forget that social unrest is still pretty much alive, especially in countries where deep socio-economic and political divisions are pervasive, as is the case in many developing countries. On the other hand, one has to wonder how many of these countries have experienced an Industrial Revolution (I will ignore its impact on climate in this post).

It was only a matter of time before someone put all these so-called revolutions under one umbrella. Nurtured by the global creme de la creme intelligentsia, the Fourth Industrial Revolution (4IR) saw the light in 2015. It has now conquered the world, certainly much faster than its proclaimed goal. While there is no agreement on which technologies are part of the 4IR, the emphasis is on digital – with all its tentacles. Notwithstanding, biotechnology and nanotechnology should not be left in the dust bin. After all, they played a key role in the rapid development of COVID-19 vaccines, propelled by advanced digital technologies. In any event, the 4IR idea borrowed plenty from Germany’s Industry 4.0 launched in the early 2010s.

Debates about the 4IR concept are certainly not missing in action. The first question we can ask is about the numbering. The first two Industrial Revolutions dramatically y transformed production processes and led to comprehensive industrialization processes in most of today’s advanced countries. That is exactly how they became such. The third, which commenced in the final quarter of the last century, was driven by digital technologies. However, unlike the previous two, its impact on the industrial sector was limited at best. Economists developed the so-called Productivity Paradox to explain why digital technologies were not pushing up productivity indicators in the developed world. The paradox is still at work, as is its resolution. One explanation here is that the impact of digital technologies on core production processes only occurs in the long run once the technologies mature and become ubiquitous. The so-called Third Industrial Revolution’s initial impact was on the distribution, exchange and consumption spheres, in addition to communications and media. Only recently has it started to conquer the industrial sector to vanquish core production processes, thanks to AI and its extensive technology family. We are thus still under the spell of the Third Industrial Revolution, the 4IR being part of it – albeit wearing a different and perhaps more menacing mask.

The second question is about the word Industry. What does this include? Paradoxically, the allegedly new Industrial Revolution arrives when deindustrialization in many advanced economies has been at work since the 1970s – as reflected by the relative decline of both labor and GDP shares of the industrial sector. On the other hand, the services and financial sectors made substantial gains in the interim. While there is no agreement on its roots causes, deindustrialization does not mean that manufacturing is declining. Rather, it shows that developed economies are reaching higher maturity levels. Manufacturing has also undergone a subtle concentration process. Add to this mix the overall productivity decline in the last couple of decades. One could argue that overcapacity and overproduction in the industrial sector are driving this process. Large productivity increases are not necessary as demand is not growing as fast as in the past. The quest for new markets has not stopped but has to face the fact that millions of people worldwide still live in poverty, subsisting with meager incomes and thus lacking real purchasing power. Yet another apparent paradox. It goes without saying that none of these challenges were around during the two previous Industrial Revolutions. They had it easy, so to speak. At any rate, Industry here is not limited to manufacturing but includes agriculture, food production and mining, the so-called Primary Sector of the economy. Manufacturing, the Secondary Sector of the economy, relies on the former to create high-value-added products that can sustain high levels of human development. Manufacturing has been the engine of development for advanced nations.

A further issue is the current structure of global manufacturing. For the last 40 years or so, 80 percent of the worlds’ manufacturing, while undergoing significant changes within, has been in the hands of less than 20 countries. Manufacturing concentration is part of the process that hee ongoing Industrial Revolution could alter dramatically. That partly explains why many industrialized countries have completed or are in the process of finalizing technology policy agendas, AI included. Protecting current comparative advantages, not nationalism, is the core target. Moreover, joining this exclusive manufacturing club is extremely difficult, more so after the WTO delimited the role nation-states could have in promoting local industrial development. As a result, industrial policy development became anathema. 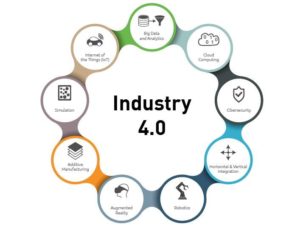 From a developing country perspective, the Industrial Revolution in any of its versions is more like a mirage, a deep transformation that only seems feasible in more advanced nations. Certainly, none of the technologies included in the revolution kit are born in such a group of countries. Many have to wait years to adopt them locally, if at all, at a hefty price. Moreover, the usual policy recommendation given to these countries is to stick to the Primary Sector, where they are supposed to shine while competing with each other for markets that soon reach saturation points, thus bringing prices down in a sustained fashion.

However, developing countries include a wide diversity of nations that find themselves at many different points in the human development’s steep and long slope. Looking at the historical record can shed some light on their roles in revolutionary times. In the early years of the maiden Industrial Revolution, 75 percent of manufacturing, mostly non-mechanized, was carried out by developing countries, India and China accounting for over 50 percent of the overall total. The UK, the global empire at the time, contributed less than 2 percent.  By 1880, the picture had completely reversed as 80 percent of manufacturing was undertaken by Western nations. The UK had a share of 20 percent of the world’s total. The impact of the First Industrial Revolution was thus very tangible.

The second Industrial revolution also developed transportation and communication technologies that facilitated manufacturing countries’ access to much-needed primary products and new foreign markets to sell their wares. Developing countries on the radar screen of such countries thus became part of the global economy mostly as satellites. The turn of the century and the First “World” War saw the rise of the United States as a potential manufacturing superpower directly competing with the leading European countries most in disarray at the time. However, the Great Depression followed almost immediately by the second “World” War opened the door for developing countries to foster their own industrial sectors.  China, India and several countries in Latin America took advantage of the unexpected opportunity, thus trying to recover the ground lost during the two Industrial Revolutions. The Cold War pushed both East and West to unconditionally support their countries of influence, industrialization being one of the core targets. The so-called Asian Tigers were partly the result of this geopolitical divide. The end of Colonialism and the emergence of new national states in Africa and elsewhere followed the same pattern. Back in the 1960s, development meant industrialization. Even Rostow, in his well-known anti-communist book, agreed with this.

The tide started to change in the 1980s with the emergence of neoliberalism and the effective implementation of the so-called Washington Consensus. Structural adjustment, certainly unethical and irresponsible – to use some of the jargon now prevalent in the technology sector, coincided with the Third Industrial Revolution running on digital steroids. Early deindustrialization took place in developing countries (once again), thus mimicking some industrialized nations, the difference being that human development in the former was still relatively incipient. Many of them went back to being Primary Sector producers now integrated into the world market via so-called global supply chains. Others such and China and India are still manufacturing powerhouses and, in fact, belong to the selected global club mentioned above, albeit each following a very different development path. In the last decade or so, several African nations have started to promote the sector and are tinkering with industrial policy development. Apparently, industrial policy development is starting to recover some territory in the last decade or so.

We can conclude from the above that while very few countries in the Global South have experienced an Industrial Revolution similar to Western nations, industrialization via manufacturing is still possible. By the road is long and winding. The 3-4IR not only brings in new challenges but also provides immense opportunities for developing countries. But the latter will not be knocking on the doors. Instead, countries must be proactive, harness them and then put them in motion. Indeed, national policies to harness the 4IR are certainly much-needed. Industrialized countries are well ahead here. All other nations should follow, bearing in mind that they need to first identify their own position in the global economy while acknowledging their specific local context. No two countries are identical, so cookie-cutter approaches most probably will fail.

Waiting for yet another Industrial Revolution