Innovation is always good. Innovation regulation is always wrong. These are the two innovation axioms we repeatedly hear in unison from mainstream media, innovators and innovative companies, big and small. Indeed, the two are connected. They are, in fact, two sides of the same coin. If, by default, all innovation is good, then why regulate? Who wants to stop something good? That said, it all hinges on how we define good, wrong, and regulation. There are many views and definitions of these concepts so take your pick. In any event, when it comes to innovation, we should always ask: good/wrong for whom? And who is doing the regulation – bearing in mind that self-regulation is, by all means, a form of regulation set by the innovators themselves. Certainly not very democratic as we did not elect them to speak for us or make decisions on our behalf. The other big elephant in the room is a unique definition of innovation. Again, there is all but a consensus here. 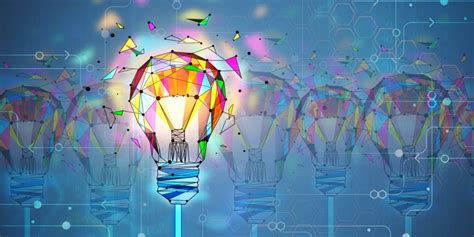 Not on the radar screen of most is the global history of innovation since the emergence of human society. In fact, little research has been undertaken on the topic. Yet, that is precisely one of the goals of Benoit Godin’s book, Innovation Contested; The Idea of Innovation Over the Centuries. The author starts with Greece, followed by the Roman empire, and then jumps to Sixteenth-Century England and the French Revolution. The last two centuries of the previous Millenia complete innovation’s historical picture. The remarkable outcome of this research is that, contrary to today’s perception, innovation has been chiefly perceived as harmful, damaging, and pejorative. Regulation of some sort was thus needed to prevent its dangerous spread across society. It is only in the Nineteenth Century that the tide starts to change thanks to the emergence of social innovation. By the beginning of the Twentieth Century, technological innovation saw the light of day, thus reinforcing its positive spin.

Innovation (understood as anything new) is confined to the political sphere for the Greeks. It starts with Xenophon, who called for step-by-step state action, gradualism being the target. Aristotle agreed, but his focus was on political change and preserving political constitutions. Stability demands gradual change, not revolutions. Plato saw innovation as viable when calamities and disasters occurred, but it should never be led by humans. Moreover, innovation should be controlled, especially in education and when adopting foreign customs. Innovators were all those who called for sudden political change. Change was welcome for the Greeks, as long as it was gradual. Nevertheless, they did not have a single definition of innovation.

With the Roman empire, innovation takes a more religious connotation. Innovation, seen as renewal, eventually became a synonym of heresy, people and poetry being main spreaders. Religion was the core regulation tool needed to stop its nocive diffusion. Two notable exceptions, separated by centuries, were Plutarch and Machiavelli. For the former, innovation had positive and negative aspects. He was a very lonely voice at the beginning of the last Millennium. Macchiavelli, on the other hand, resorted to the Greek notion of innovation as political change. Changing political institutions was his goal, and that could be accomplished by introducing new ones or reverting to older ones. Innovation for Machiavelli seemed to have multiple meanings, but it is always a stabilizing tool – revolutions, therefore, unwelcome.

The political and religious innovation views converged in Sixteenth-Century England. Regardless, innovation was still seen as evil. The debate between the state and the bishops on the innovative reading of the scriptures and support for the Pope – an act of rebellion – soon became political. The emergence of Republicanism was seen as a dangerous innovation (as change). A more precise concept started to emerge. Here, innovation had three core traits 1. Innovators are lawbreakers; 2 Innovation is violent; and 3. Innovators design nefarious plans. And the way this disease spreads is via politics. Such a view started to spread across Western Europe soon after that.

The aftermath of the French Revolution brought forward dramatic changes, albeit slow-paced. The emergence of social reformers, initially seen as evil innovators,  led to social innovation, tightly linked to (evil) socialism. Regardless, innovation started to gain track as positive action towards progress. As a result, social innovation was perceived as public, collaborative and distributive and demanded action and adequate public policies. Social innovation gained much more traction in France than in England. On the other hand, opponents of the revolution doubled down on innovation as evil while trying to stop social change at any cost.

These two opposing views on innovation co-existed through most of the Nineteenth  Century. While no single definition was available, innovation was seen as having four critical traits 1. Pervasiveness (change is all around). 2. Rapidity (change is radical, revolutionary). 3. Foresight (change is future-oriented). And 4. Agency (humans, not God, drive innovation). Interestingly, innovation was not yet part of the scientific method, nor was it a key critical component of technological development. That will only happen later in the century and well into the next one when the first innovation theories emerged.

According to Godin, technological innovation appeared in the Twentieth Century, pushed mainly by social theorists, engineers, and managers. Contrary to common belief, it was not Schumpeter who led the charge. At any rate, it had four characteristics 1. Innovation as application (unlike invention). 2. Innovation as a people process (collaborative, collective). 3. Innovation is driven by society and social needs. And 4. Innovation requires national policies to support innovators and their ecosystems. Innovation studies started in the 1970s, spearheaded by Chris Freeman, who created a unique innovation framework that bypassed key neoclassical economics assumptions and the concept of technological innovation. In his view, innovation was closely linked to commercialization, demanding policy interventions to ensure diffusion and application.

In sum, innovation has been, for the most part, perceived negatively. However, it is only in the last 200 years, give or take, that it has gained a positive connotation to the point that today few will dare to say otherwise at the risk of being ostracized. The emergence of innovation as a concept is also relatively new, while innovation theories are even more recent. Undoubtedly, innovation is a moving target and will continue to evolve historically. Overall, Godin does a great job of tracing the evolution of innovation through different historical periods.

Nevertheless, the book has some severe limitations. For starters, the author seems exceptionally concerned with the difference between innovation as a word and as a concept. In fact, part of his research includes counting the number of times authors use the word “innovation” (or a synonym the author assigns to specific historical eras) in different languages, which are sparse in any event. The absence of a comprehensive analytical framework is probably the root cause of such a focus. Moreover, one could argue that using AI Natural Language Processing  (NLP) algorithms on such texts could yield better results  – more so if we can integrate an analytical framework into the algorithms.

Second, I was surprised to see no references to the various Industrial Revolutions (IRs) that historians and other academics have identified since the Eighteenth Century. For example, the steam engine was an innovation that changed industrial production and accelerated capitalist development in England and other countries. However, the book has little to say in this regard. Furthermore, as defined by Godin, technological innovation is clearly related to the Second IR that introduced technologies to sectors not directly linked to manufacturing. Households became part of the innovation process. While the author claims he has no interest in general theories, this seems like a huge gap. Capitalism and innovation have a long romantic story that needs to be spelled out.

Finally, the research is mainly focused on Western countries, starting with the Greeks. Ancient Egypt and the old India and China empires are totally ignored in typical Eurocentric fashion. Some of these cultures were innovation Meccas long before the Western World. That history remains to be studied under an innovation lens. The same goes for the Islamic Califates that shined while Europe sunk in the so-called Middle/Dark Age. The fact that the book jumps from the Roman Empire to the Sixteenth Century reflects Europe’s backwardness at the time. However, the Callifates were also a source of significant innovations. Recall that one of the most widely used words today, algorithm, was born there. Indeed, more research is needed on a still diffuse concept rapidly diffusing globally.

In this context, we need to contest Innovation Contested.