Regulatory frameworks are usually perceived as counter-productive and even nefarious by innovators, pundits and followers. Together they will go out of their way to stop them, arguing that their impact on innovation is lethal, as discussed in a previous post. One could say that such a view finds more ground on ideology than on actual empirical evidence. Take the example of so-called self-driving cars. Lack of regulations will, in fact, prevent full adoption on a large scale. As a result, regulations for their deployment were developed at lightning speed in many countries. 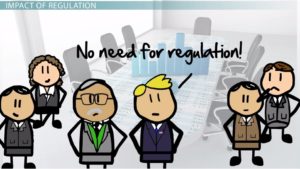 In any event, the internal modus operandi of Governments is not based on market prices, nor is their role to generate profits. Faced with deep internal division and a lack of effective coordination, regulatory frameworks for the sector should be seen as one of the tools, albeit not the only one, to promote public institutions’ cohesiveness. After all, competition for larger market shares among public entities is non-existent. In principle, each has a clearly defined mandate stipulated by the law. State modernization processes should also refine such mandates s where potential overlapping and duplication might exist. That, by the way, is a moving target as new technologies and new stakeholders’ demands might reshape current structures and call for new services and standards.

A blockchain regulatory framework should be seen as part of the arsenal to transform the public sector via new digital technologies. But what exactly needs regulation in the case of blockchain technology (BCT)?

In general, a BCT regulatory framework should address the following areas.

Governance. Given the distributed and decentralized nature of BCT, governance structures play a fundamental role, more so in the public sector, where all actors and entities belong to the same team. The first question here is identifying the governance instance(s) that can undertake the design of the regulatory framework and has the required capabilities to complete the task at hand. The internal composition of such an instance is also crucial as actors from key government entities should, in principle, be engaged from the very start. While the design governance instance could also focus on oversight, a separate, a more specialized one needs to be in place for actual implementation and enforcement. Separating these two is critical as each has a unique profile and demands the aggregation of different sets of capacities and skills. Defining the interconnections to existing regulatory entities is also vital as the latter could assume some of these functions. Finally, a third instance is required for the overall governance of the BCT networks government is planning to deploy. Options here vary from a fully centralized model to a more distributed one operating as a federation with the sector.

Domain. BCT is closely associated with Cryptocurrencies and Cryptoassets, tightly linked to the growing banking and financial sectors. In most countries, regulation of such sectors is under the legal purview of existing specialized public entities. In this light, BCT’s regulatory frameworks cannot tackle them independently but need to work in sync with such entities. That might delay BCT deployment substantially. One way out is to initially avoid Cryprocurrecies and Cryptoassets altogether while preparing the ground for possible adoption in the medium term by designing BCT networks that can quickly adopt them without significant disruptions. Technically, this is quite feasible and does not require massive investment.

Scope. Comprises the set of institutions, organizations, and actors covered by the framework. In principle, all public institutions should be included here (exceptions are possible, of course) and all those non-state actors that will interact with the government via BCT. Here, the distinction between providers and users is fundamental.

Technology. Fortunately, BCT comes in many different flavors. Given local specificities, the regulatory framework should thus specify which options are more viable for deployment in the country’s public sector. Detail standards and guidelines for selection should accordingly be developed. That is not only a purely technological process as existing institutional capacities to embrace BCT must also be evaluated to ensure effective deployment.

Architecture. Once a selection of optional BCT platforms has been specified, standards and standard operating procedures for their implementation, management and assessment should be developed to ensure compliance across the board and coherence within the public sector. That will also foster the use of shared services among public entities.

Infrastructure. Hosting options for selected BCT platforms should be identified, emphasizing security and reliability. In principle, locally based private sector providers should be an option. The regulatory framework should then specify their requirements to compete for hosting government blockchains. In the case of confidential data and information stored on a blockchain, the framework should also propose adequate hosting alternatives – a GovChain being an option if local conditions allow.

Networks. Distributed networks are a core BCT feature that demands special attention from the government. The regulatory framework should suggest how such networks can be created and managed, how many should be in place at any point in time, which entities can join them, how this can be completed, and who is responsible for addressing potential disputes among networks actors providers and clients included. The governance of such networks is thus crucial.

Data. The framework should tackle data protection and privacy, data ownership and distribution, intellectual property rights, and data sharing across different BCT networks. It should also comply with and complement existing regulations. That will be a function of the BCT platform options chosen as viable in the country by the regulatory entity. For example, public-permissionless blockchains might be the most difficult to implement and manage for government entities.

Smart contracts. As a unique feature of most BCT platforms, smart contracts demand precise regulation from a government perspective. Included here are, among others, who can issue them; how can they be deployed in public BCT networks; how dispute resolution and fraud can be addressed; and what is the legal legitimacy of such contracts given existing legislation. Smart contracts are also used to connect BCT platforms to external data sources (so-called oracles), a feature that should also be addressed by the regulatory framework.

Tokenization and cryptoassets. BCT tokens and cryptoassets are created via smart contracts and can have one or more financial obligations coded within. But once created, they could be exchanged for other assets or currencies in cryptomarkets. The regulatory framework should suggest ways to handle such transactions bearing in mind that other national entities dealing with the financial sector will need to be involved and take the lead. On the other hand, the public sector should probably try to minimize token and cryptoasset use to avoid adding extra layers of complexity to BCT deployment within the government and reduce overall exposure and financial risk. Non-financial tokens are easier to manage and should be regulated accordingly.