Over ten years after its creation, the hype on Blockchain Technology (BCT) continues to dominate the scene compared to actual implementation. However, that does not necessarily imply it has remained immune to change. At the very onset, Cryptocurrencies, led by Bitcoin, were the main attention magnets. Not surprisingly as, after all, the goal of its creator was to develop a decentralized and secure digital currency. A few years later, a second phase emerged after Bitcoin and other crypto adoption as actual tender lagged dramatically while their value in financial markets stagnated. All eyes then turn to its underlying technology, blockchains, while some pundits were already calling for the inevitable demise of Cryptopcurrencies. They spoke too soon, indeed. 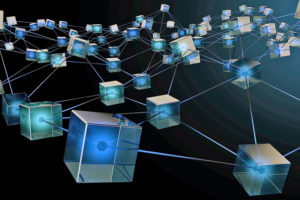 The tide started to change again during the last quarter of 2020, pace Covid-19, when Cryptocurrency market prices began to take off, reaching unprecedented levels by the Summer of 2021. Move over Blockchain was the clarion call. However, the third wave seems to be wavering as global inflation is back big time, and interest rates will probably go up soon. Central Banks will now be forced to stop printing “free” money into the economy and the financial sector will likely face a critical and much-needed adjustment. BCT is thus returning to the spotlight, while the golden days of Crypto might not be back, if at all.

Blockchain brings new opportunities and introduces critical challenges and risks, as with many other new digital technologies. The fact that BCT is, by nature, distributed and makes widespread use of encryption technologies brings additional complexity for successful adoption. More so, if we acknowledge that blockchains have yet to reach maturity from the technology and governance perspectives. While the private sector has been more prone to rapidly adopt BCT, a handful of governments also started to carefully explore its benefits. Indeed, current evidence suggests that a step-by-step approach offers the best path for governments targeting BCT deployments.

One critical caveat here is the very nature of the public institutions and public entities that comprise a national state. In contrast with the business sector, their internal logic is not to maximize profit but rather public value – this one cannot buy in the market. Policymakers and regulators tackling BCT should thus be aware of the sui generis character of the public sector. BCT policies and regulations should therefore be designed to reflect the unique traits of the public sector while establishing the necessary links to all other sectors, organizations and actors in a given state.

Avoiding seeing the harnessing of BCT as a standalone and independent process is another critical issue. Many countries already have in place ICT and Digital Government strategies and roadmaps, many of which are already well down the implementation road. In this light, BCT deployment in the public sector should be framed as catalysts for ongoing digital government implementation. More so, if we agree that the final outcome of any digital transformation of government is the modernization of public sector institutions to become more capable and responsive to stakeholder needs and demands.

Adopting BCT in the public sector is perhaps more challenging than any other sector. One critical challenge for governments stems from BCT’s distributed networks that seem to defy, on paper, any sort of centralization, a core trait of most government regimes. While technoutopians and libertarians see this as the beginning of the end of the centralized state, technology alone will not make this happen. Much more is needed. So in the meantime, governments have to deal with the issue. Fortunately, not all BCTs are created equal so the public sector can choose and adopt the platform(s) that best serves its vision and mission and advances its legal mandates.

Now, one of the main challenges for adopting digital technologies in government is the lack of coordination and synchronization across public entities. Digital Government approaches based on the Whole-of-Government perspective are in part a response to such a challenge. Leading Digital Government countries have solved the problem effectively, without necessarily fostering increased centralization. Centralized but open policy development complemented by decentralized implementation seems like a winning formula, albeit not easy to adopt as institutional capacities must-have reached higher levels of development. At any rate, BCTs could undoubtedly play a part in promoting such a formula.

In this context, creating a comprehensive regulatory framework for adopting BCT in government seems like a wise step to ensure its stable and sustainable diffusion and deployment do not go off the rails from the onset. More so, if national where institutional capabilities are still emerging. Bear in mind that unlike policy development, which sets overall long-term direction, regulatory frameworks stipulate how actors and entities in the overall ecosystem should behave throughout the overarching technology diffusion process. A BCT regulatory framework will secure consistency with existing Digital Government processes, strengthen a Whole-of-Government approach and ensure government actors and entities fully grasp the potential of BCT in the sector while avoiding well-known pitfalls.

Of course, the devil is in the details. I will turn to that in the next post.

Blockchain Adoption in the Public Sector – I