From Noise to Signal

A couple of weeks ago, El Salvador’s CryptoPopulist President shared on social media news about an international “Bitcoin” meeting his country was hosting starting May 16.  He also listed the names of the 44 entities participating in the event.  Not surprisingly, key countries were conspicuously absent.  Regardless, the Crypto hype press machine soon started to make the usual high-pitch white noise, glorifying not only Bitcoin for the billionth time but their populist friend, now a global ambassador.  Some even stated that the ambassador would show Central Bank representatives how to successfully adopt Bitcoin, modesty apart.  Unfortunately, lost in the shuffle was the actual history behind the meeting. 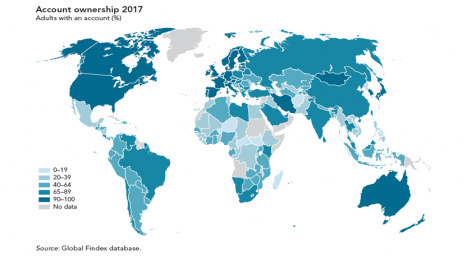 The Alliance of Financial Inclusion (AFI) is a non-profit policy organization promoting what its name says.  AFI members comprise Central Banks and other relevant financial regulatory institutions.  The website shows AFI membership currently includes 101 institutions representing 89 countries.  The meeting in El Salvador was the first in-person after a two-year plus hiatus unleashed by the pandemic.  It brought together AFI’s working groups on Digital Financial Services and Small and Medium Enterprise Finance.  Co-hosted by El Salvador’s Central Bank, an AFI member since 2012, the meeting explored the potential merger between the two groups mentioned above – a goal that makes a lot of sense in my view, as this is ICT for development (ICTD) deja vu all over again!  And while the AFI members eventually visited El Zonte, the overall purpose of the official meeting was undoubtedly not Bitcoin per se.  Instead, it was just another regular AFI meeting studying innovative ways to increase access to financial services by those at the base of the socio-economic pyramid.  This target is at the core of its institutional mandate.

Financial inclusion is a relatively new term, albeit the reincarnation of older ones killed by failure and disruption (see below).  Expectedly, it has become the target of many developmental initiatives and programs.  Needless to say, the Bitcoin brotherhood (women being an absolute minority here) uses it all the time to justify any of its divine interventions, amen.  Bitcoin raison d’etre is indeed financial inclusion, we are repeatedly reminded.

For those of us working on digital technology and development, financial inclusion can be conceptually related to the so-called “digital divide” of the 90s, an idea that has somehow managed to survive after almost 30 years.  One big difference between the two is right in their names.  While the digital divide highlights a gap, the haves vs. the have-nots, financial inclusion, also a gap,  points to an outcome from the very onset.  Working on the latter thus has a predefined positive effect.  I know exactly why I am doing that stuff.  On the other hand, the result of closing the digital divide is still under much debate.  There is no real consensus here  – and deploying blockchain will not make a difference.  Multiple outcomes are indeed possible here.  However, no outcome is also an option frequently seen out there.

On the other hand, the two share a similar theory of change that can be summarized in simple terms.  Closing such gaps will inevitably lead to socio-economic development.  In previous posts and publications, I have highlighted this issue within the ICTD field.  While we have many economic and social development theories, ICTD seems to fall short when it tries to link its practice to any of them.  On the other hand, financial inclusion is tightly linked to mainstream economic development theory and suggests that the way to eradicate poverty sustainably is by expanding markets.  Financial inclusion provides access to financial resources to the poor who, on that basis, can propel the expanding market.  The picture is a bit more complicated as digital technologies can indeed be used to promote access to financial services and resources.  That is why the two AFI working groups are planning a merge.  They are playing catchup for sure.

Their vanilla versions share a lot of ground by identifying access as the primer mover that can almost magically tear down most other socio-economic barriers.  Give “them” an Internet connection or a bank account and things will be cool.  Provide both and we are just a few millimeters away from the development nirvana.  In any event, tackling access involves infrastructure investments of various degrees.  In the case of the digital divide, that implies capital layouts on backbone infrastructure and last-mile solutions.  Once investments reach a certain level, relatively high costs become the main entry barrier for potential users with little income.  Financial inclusion infrastructure investments are totally different and might require brick and mortar deployments to ensure physical access to branches and offices offering financial services.  Here, digital technologies can make a difference as physical access might be minimized as digital or mobile money spreads throughout disenfranchised populations.  But once again, the main entry barrier becomes costs of both the network connection and the fees private entities charge for financial services.  Regardless,  such an example shows how digital technologies can amplify a given development target – financial inclusion in this case, and thus seem to work best in such scenarios – as an amplifier of a given outcome.

A couple of years after Bangladesh became an independent nation, a young economics professor took his students on a field trip to v  it a poor village.  He discovered that the women producing bamboo stools were borrowing small money to support their operation but paying hefty interest rates.  Their real income was thus minimal after paying all production costs and interest.  He then decided to use his money to support the women by charging them low-interest rates.  Nine years later,  he founded Grameen Bank (or village bank), which became one of the first financial institutions offering micro-credit to poor people.  By the mid-1990s, Grameen Bank was also offering regular bank services to its poor clientele, thus expanding into micro-finance.  And in 2006, its founder, Mohammed Yunis, and the Bank itself were awarded the Nobel Peace Prize for their efforts to promote social and economic development “from  below.”

By then, his approach had already been replicated in over 50 countries, covering most regions of the globe.  Grameen Bank’s potential impact on rapid poverty reduction accompanied by substantial gains in education, health and women’s empowerment at the community level were mighty magnets.  And still is today.  However, current evidence suggests that such laudable impacts remain elusive.  Still, I wonder if new technologies such as Crypto and its natural host, blockchain, could make a difference here, more so if the touted goal is to “bank the unbanked”  that are already being banked by micro-finance institutions.  Statistically, at least, Grameen Bank beats Crypto by far.

Building on the success and failure of micro-finance efforts, financial inclusion started to gain track at the end o  this century’s first decade.  It brought the whole gamut of financial services (equity, pensions, insurance, etc.) to the table.  Furthermore, it enticed traditional financial institutions to partner with others, micro-finance entities included, and cater to the poorest segments of the population.  Indeed, financial inclusion is a target in eight of the 17 UN Sustainable Development Goals (SDGs).  It is broader than micro-finance and has now become one of the primary drivers of development interventions.

That is, in a nutshell, the mainstream history of financial inclusion.  But this is not the whole story, as we will see in the next post.

Financial Inclusion and Democratizing Finance – I