The field of ICTD first saw the light over 30 years ago1 Selected references are provided at the end of the 2nd part of this post. Its overall scope is ambitious as it covers several sectors and thematic areas. Indeed, ICTD comprises three core elements: ICTs, development – yet another large and complex field, and an implicit link between the two, usually running unidirectionally from the ICT side of the equation. Modern ICTs result from the convergence of three sectors that commenced in the 1980s: information and media, telecommunications, and computers and electronics. Its multi-sectoral nature suggests ICTs are prone to public policy development. Previously independent areas of the economy seem to be begging for a new policy environment that promotes integration and cohesion to foster further innovation. 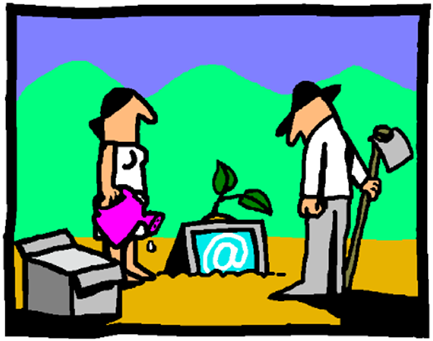 By the mid-1990s, most countries in the Global South had at best a medium-sized analog media sector, an incipient telecommunications infrastructure characterized by low rates of fixed phone line penetration and very high costs, and a computing and electronics sector conspicuously absent. They were thus less than ready to navigate the upcoming ICT tsunami that started at the time. Moreover, the Internet’s global expansion demanded an overhaul of now obsolete telecommunications infrastructure and the opening of telecommunications markets to global competition.

Unsurprisingly, most early ICTD initiatives targeted infrastructure and the emerging digital divide. Access to and diffusion of ICTs was the prime mover. That translated into the development of new telecommunications policies designed under the aegis of the liberalization and privatization of the sector and promoted by the IFIs. The C in ICT was thus the overall policy driver, while the T was to be primarily sourced from the Global North. The information component was closely aligned with the C while promoting the so-called Information Society. Policy efforts to foster access to information and access to knowledge and put in place freedom of information laws ensued in many countries.

The rapid but certainly unexpected global growth of mobile technologies at the beginning of the Millennium reinforced the access and diffusion agenda but dramatically changed the telecommunications sector for good. It did what the new telecoms policies failed to do on their own. New mobile technology firms disrupted the industry, thus challenging national and international incumbents, many of whom could not compete with the former. As a result, many did not survive, while others tried to avoid extinction by rapidly changing business models.

As mobile use expanded among the population, data became a much-needed commodity. Datification was born. This led to the emergence of Open Data and the strengthening of social media platforms now catering to a global clientele from a central, powerful point. The access to information agenda was relegated, and demands for developing new national data policies became the clarion call. Big Data popped up almost naturally, thus reinforcing the overwhelming relevance of the data agenda while showcasing its critical importance in the development of the digital economy. Data and Big Data, in turn,  demanded faster and more reliable digital telecommunication infrastructures. Broadband then entered the scene, and national policies supporting its expansion were added to an already long policymaking menu.

Mobiles also impacted the technology sector, thanks to the emergence of mobile apps. The latter permanently lowered the entry barriers to computer coding and programming with incentives emerging from a potential customer base with a global presence. Supported chiefly by private investments, tech hubs appeared in many developing countries, finding a particular niche in the African continent. As a result, apps made in developing countries soon found a potential global market not previously available.

At this point, ICTs lost some of their steam. Instead, innovation made a grandiose entrance with a big thunder and quickly raced ahead. That placed digital technologies on the back-burner. A new innovation agenda emerged, challenging the more traditional national innovation systems approach. The former took a page from the broader neoliberal agenda and placed individual entrepreneurship at its core, ignoring overall institutional development. Most development agencies, entities and experts loudly endorsed such an approach.

However, the biggest challenge to the now-aging ICTs emerged in the mid-2010s with the resurgence of AI and ML and new digital technologies such as Blockchains. Unlike ICTs, this set of technologies is dramatically changing production processes of most, if not all, sectors of society, from industry and finance to knowledge and the arts. In particular, AI/ML can potentially become a universal means of production, changing how ICTs operate nowadays. In this light, such technologies are not really part of team ICT. They cannot be deployed to close the digital divide, for example. Instead, they comprise a new set of digital technologies that can profoundly transform most societies, developing countries included. From now on, distinguishing between ICTs and digital technologies is thus fundamental for research, analysis and on-the-ground implementation.

The international development field, also a multi-disciplinary area, is undoubtedly older than ICTD. Indeed, it is part of the post-war baby boom. However, its origins can be partly traced back to Modernization Theory, which, while not monolithic, espoused the view that countries in the Global South should follow the same developmental path as developed Western nations.

At the macro level, that theory envisioned industrialization as one of the first steps to eventually lead to democracy, overall human well-being and the spread of Western values. Development was perceived as a uniform, linear, and progressive process comprising sequential steps that countries should follow. Given the macro focus on industrialization, economic growth became one of the critical success indicators of any development-related investment, loan, or grant.

Alternatives to this worldview started to appear in the early 1970s. One of them highlighted the negative impact of rapid economic growth on the environment and called to slow it down to preserve and save nature. A long decade later, these efforts bore fruit with the birth of the concept of Sustainable Development which brought together economic growth, social inclusion and the environment. That led to the first-ever sustainable development global meeting, the UN Earth Summit in Rio de Janeiro in 1992. UN member states endorsed the implementation of Agenda 21, which had little to no impact.

Challenges to economic growth as the prime mover for development also came from within mainstream economics. Sen’s 1980s critique of mainstream Welfare Economics theory was the source of the Capabilities Approach (CA) which introduced the issues of individual rights and freedoms into an otherwise purely economic equation. He identified five “instrumental freedoms” comprising economic facilities, social opportunities, political rights, social protection and trust. All these freedoms, Sen argued, were closely interrelated and needed backing by capable national institutions that could secure sustainability in the medium and long terms.  At the policy level, CA was subsumed under the banner of Human Development, which became the main driver for the UN Development Programme (UNDP) in 1990. The agency also launched the Human Development Report and created the Human Development Index (HDI) as an alternative to GDP – albeit the index does not capture all of Sen’s freedoms.

Almost in parallel fashion, the leading IFIs embraced the Washington Consensus (WC) approach that initially stipulated 10 policy principles developing countries should adopt and conditionally secure much-needed external financing. While not a comprehensive development theory, the WC disregarded most other development alternatives. It also directly targeted public policymaking in the Global South. Moreover, the approach had the imprint of neoliberalism with the expected emphasis on free markets, free trade and minimal state intervention.

The 1997 Asian Financial Crisis showed this perspective’s severe limitations, and calls for a complete overhaul soon popped up. Soon after that, the World Bank embraced anti-corruption efforts and promoted good governance to its poverty mandate, thus adding an institutional design dimension. The new millennium saw the birth of the post-Washington Consensus (PWC), a softer and more elaborate version of the original that managed to preserve its neoliberal personality.

ICTs and Development Theories – I

2 thoughts on “ICTs and Development Theories – I”