Where are the banks?

It seems paradoxical that the mainstream history of micro-finance/financial inclusion does not consider banks.  After all, banks are supposed to “bank the unbanked.”  So banks are not only missing from such a narrative.  They are also missing in action on the ground.  In principle, banks are the institutions that should cater to all populations within given national confines.  In such an ideal world, anyone who wants or needs a basic bank account (savings) should get one.  But regular banks are businesses seeking to maximize profits; thus, optimizing costs is quintessential.  Bank accounts for low-income customers with little savings capacity are not profitable, so “financial exclusion” is a natural result.  These populations will have to use non-traditional financial mechanisms or avoid finance altogether.  Mainstream economists have a name for such a situation, “market failures.”  I see it more as a production failure as one could argue that technological innovations should reduce transaction and friction costs.  That is precisely what non-financial digital innovators have accomplished in practice disrupting the traditional financial sector to a point (more below).  Bitcoiners are using the same approach to make their audacious claims.  However, Crypto generally is not the most efficient and scalable technology.  In any event, such production failure explains the 1.7 billion people lacking access to financial services and the billions underbanked (25 percent of U.S. households included).

At any rate, not all banks are the same.  That is why revisiting the recent history of banks is essential, starting in the 1950s when the West began efforts to “modernize” developing economies.  At the time, national and local public banks were seen as part of the solution, the State thus being a key player in the overall development process.  Commercial banks already had a selected and profitable clientele and were not desperately seeking expansion to less well-known and riskier customers and sectors.  Public banks were thus a natural alternative to fill such gaps.  They primarily supported industry and infrastructure development, agriculture and rural development, and housing.  Between 1960 and the end of the 1970s, public banks owned 65 percent of all financial assets in developing countries.  Note that public banks were also pretty active in advanced capitalist countries and owned  40 percent of all assets then. 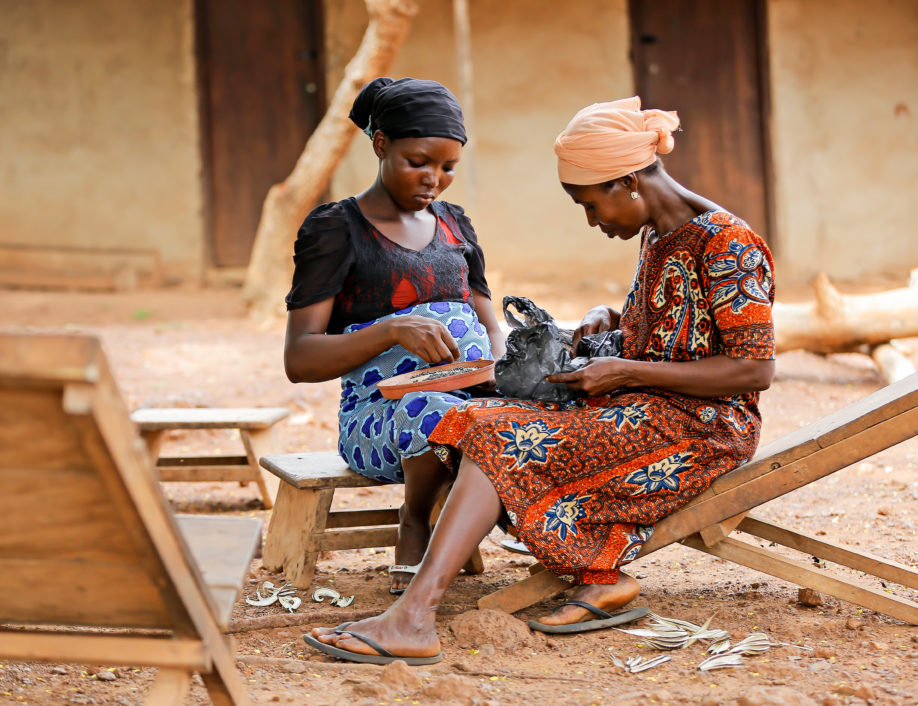 The emergence of neoliberalism and the Washington Consensus in the 1980s brought dramatic changes.  Public banks were deemed “inefficient” and thus demanded immediate “rationalization.”  That meant privatization or liquidation.  By 2003, over 250 public banks had been privatized to the tune of over 140 billion USD.  Public banks were hit hard but did not totally vanish while financial inclusion efforts stalled.  The current third phase started at the end of the last Millennium, with public banks returning primarily as public development banks (PDBs).  Unlike the older siblings, PDBs are tightly linked to a particular development goal or target and provide financial support to related initiatives, sectors and stakeholders.  Support for small and medium enterprises (SMEs) and rural development are now standard.  More recently, gender equality and climate change have become critical targets.  Recent estimates suggest PDBs have a portfolio of 11 billion USD.  Note that public banks operating as commercial banks still subsist today.  By the same token, some commercial banks have important development portfolios.  The dividing line between public and private banks is thereby still fuzzy.

When Yunus started his experimental micro-loans in the 1970s, institutional development in a very young Bangladesh nation was incipient.  The financial sector, public banks included, was just starting engines while other sectors were placed much higher on the national development agenda.  Grameen Bank was created when bank privatization reached its heights and public banks were deemed a no-no within the then-dominant development paradigm.

At that time, 85 percent of the population lived in the countryside (today, it is down to 60), while poverty was pervasive (90 percent of the population), especially in rural areas.  No commercial bank was going to start its business in such places while the government had no incentives to promote public banking.  In this light, the real Yunus innovation was not the creation of a private bank per se (as that was the only way to go) but rather its objective of serving poor rural populations via micro-loans.

Unlike their proletarianized urban counterparts, the rural poor still had access to both land and means of production.  Grameen Bank’s clientele was thus the working rural poor who needed financial support to make ends meet and eventually reach a sustainable livelihood.  That is a crucial distinction usually overlooked by financial inclusion proponents.  The women producing the bamboo chairs that Yunus saw during his first field trip were, in fact, small commodity producers selling their wares in nearby markets.  A particular division of labor within the community had thus already developed.  More importantly, these women always had collateral to back up the micro-loans.  The bank could take some of the produced commodities or appropriate other community assets to recover the loaned amount plus the due interest.  In other words,  Grameen Bank targetted local pre-capitalist economies that had their own dynamics and could grow more sustainably had they had a more adequate financial system.  Grameen Bank was thus serving local communities where micro-enterprises were already at work.  It also propelled the creation of similar microenterprises at the village level in the short run.

Grameen Bank’s mainstreaming into other countries in the late 1990s coincided with the emergence of PDBs, now seen as a viable alternative to cater to the poorest sectors.  While the Grameen Foundation, created in 1997, spearheaded such international efforts, nothing prevented others from using similar finance models to target the billions at the bottom of the socioeconomic pyramid.  PDBs could easily target SMEs and finance rural development programs, thus amplifying Grameen Bank’s more focused approach by jumping into overall financial inclusion.  The latter still successfully operates in Bangladesh by keeping its focus on poor rural villages.  It claims to have almost 10 million members covering 93 percent of the country’s villages.

The lack of telecommunications infrastructure combined with the emergence and diffusion of mobile mobiles provided fertile ground for Grameen Bank and Grameen Telecom (also founded and owned by Yunus) to launch the Village Phone initiative in 1997 with Telenor, a multinational telecom company majority-owned by the Norweigan government.  The idea was simple but neat.  Women in poor villages were offered credit to buy a simple GSM phone that they could use to sell calls to locals who needed telecommunications services for personal or business reasons.  In this fashion, the women could pay for the phone and the due interest in installments and make a profit in the short run, taking advantage of the reduced call rates offered by the program partners.  Conversely, clients could reduce information asymmetries and access much-needed information and resources.

Indeed, the Village Phone became a good ICTD example where a new communications device doubled as a financial asset, the women functioning as social intermediaries.  It is also a great example that shows the real impact of new technologies in cases where closing the digital divide is not the sought outcome.  On the other hand, the technology itself did not directly impact the bank’s financial operations, as the mobile phone was instead positioned as a means of production otherwise inaccessible by the village community.

Grameen’s Phone is also an example of a private bank venturing into the emerging digital telecommunications sector.  Back in Bangladesh in early 2003, I met with Grameen Telecom, which was then much larger than the Village Phone.  The company was deploying fiber-optic cables in upscale Dhaka neighborhoods, selling 400 megabit connections to households for about 100 USD per month – certainly not cheap.  Back then, I could not get such broadband access back in the U.S.  The best offer I got was an ADSL link of 20 megabits, paying close to 50 USD a month.  However,  the problem with the Dhaka high-speed offer was the local backbone infrastructure with limited speed capacity.  So buyers ended up with high-speed last-mile connections hitting a bottleneck once they tried to access the backbone.

Ten years later, M-Pesa was born in Kenya and is by now perhaps the most well-known example of digital technology fostering financial inclusion.  In this case, we have two telecommunications companies (U.K’s Vodafone and Kenya’s Safaricom) venturing into the banking area, thus following the reverse path of Grameen Phone.  The other critical difference is that M-Pesa’s target was financial inclusion from the very start.  While the initial plan was to support micro-entrepreneurs via existing micro-finance institutions, the actual implementation led to the development of “mobile” money backed by vast telecommunications and human networks.  A customer sending money to a remote recipient had to go to the local Safaricom agent, who took the cash and created “virtual” money in her mobile phone account for the equivalent amount.  The customer could then transact the e-money by transferring it to a recipient’s mobile account via SMS.  The latter will then go to the local agent in her location and exchange it for cash.  Agents at both ends used the M-Pesa bank account to deposit and withdraw money.

Such a well-crafted mechanism is suitable for any financial transaction, from local remittances and gifts to business purchases and micro-loans.  It is thus a great example of “banking the unbanked” and more comprehensive than good old micro-finance.  Unsurprisingly, M-Pesa recently hit the 50 million users milestone, employing close to half a million agents to support the operation.  It has also expanded to other countries, albeit the record there is less stellar.  I am also sure M-Pesa is not planning to switch to Crypto anytime soon, much less now that its bubble is bursting.

Nevertheless, the big elephant in the room is the regulatory side of the equation.  How could a country allow a telecom operator to assume the role of a financial institution given all the international regulations regarding KYC and AML?  Research suggests that vested interests were at play in the case of Kenya (see reference at the end of the last post on this topic).  On the ICTD side, M-Pesa also shows the limits of the digital divide focus.  From a development perspective, what counts in the end are the benefits we can get from being on the network, even if my connectivity is not the fastest or the best.

The more recent newcomer, digital money or Crypto, has yet to match any of the above despite loud endorsements by CryptoPopulist presidents and numerous initiatives that have been unable to propel sustainability and scalability.

In any case, can we then conclude that these and other successful initiatives are indeed democratizing finance?  That will be the focus of this post’s last installment