Show me the money

The impact of initiatives such as Grameen Bank (Village phone included) and M-Pesa is still under discussion. From a poverty reduction perspective, the effect has been much more limited. Many countries in the Global South have managed until recently to reduce the number of people living in extreme poverty. Take Bangladesh. According to the World Bank, the country’s poverty rate in 2016 was just under 25 percent,  down from 90 percent in the 1970s. While the numbers for Kenya are less spectacular, the exact role these initiatives played here is still under research. Nevertheless, let us not forget that poverty is a multi-dimensional category that demands coordinated interventions from different sectors. A sparrow does not a Summer make. 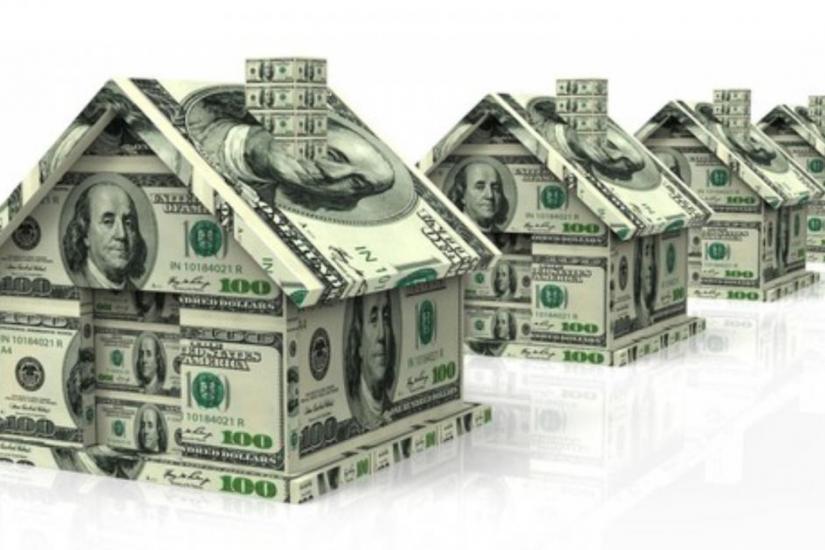 From a financial inclusion vantage point, there is no doubt they have made a difference in the communities where they operate. But, in any case,  scalability and replicability stand out as critical challenges. For example, M-Pesa took almost two decades to reach 50 million people in a world where nearly 2 billion remained “unbanked.”  At this rate, it will take over 500 years to close the existing financial gap. Undoubtedly, future innovations could accelerate such a process but bear in mind that closing the financial gap alone will not suffice to tackle other vital socio-economic and political gaps.

Depicting the core financial functions that banks and similar financial institutions offer clients is vital to fully grasp the implications of financial inclusion. They comprise three core functions 1. Savings, checking and money transfers (remittances included) 2. Credit (loans, credit/debit cards, etc.) and 3. Insurance (hedging) protects clients’ financial resources and reduces banking risks.  It is indeed possible to offer any of these services independently. For example, I might be able to open a basic savings account but not be offered any credit or insurance services. In this case, we are “banking the unbanked” without using the credit instrument. No micro-credit in this case. On the other hand, many financial inclusion initiatives focus on the credit function. That is certainly the case for Grameen Bank and the many pundits pushing such an idea. Insurance, in turn, is the function that gets the least attention. How many stories have we read about low-income people losing their scarce financial resources as local banks go belly up and receive no compensation?

Banks also cater to different sets of clients. First, they work in tandem with other financial entities, public and private, that need some or all of their services.  Second, they work with the business sector and individual entrepreneurs whose primary goal is to invest in productive activities and make a profit. And finally, they cater to individuals and households who need essential financial services and might use credit to buy consumer goods, from food to household appliances. All this points out that we cannot always assume that micro-credit is destined to support entrepreneurial investments.  Here we also find the link between micro-credit and innovative financial instruments such as Conditional Cash Transfers (CCTs) and others.

Brazil’s case, backed big time by Lula’s government, is illustrative. Cash transfers to the poor and supported by the country’s Central Bank eventually led to bank accounts for the beneficiaries, who were soon offered credit services. The trick here was to automatically link interest payments to wages and salaries. In that fashion, automatic interest payments were deducted from the debtor’s bank account every month. As a result, household indebtedness grew exponentially as they borrowed money to buy consumer goods and pay for private health insurance and private educational services. In the meanwhile, Lula’s government invested very little in the provision of essential public goods. So financial inclusion here clearly differs from what we usually read and hear. In any event, the indebtedness levels of poor households in Brazil are staggering by international standards.

All the developments highlighted in this series have occurred in the so-called age of financialization. As with other critical concepts, there is no universal agreement on defining financialization. The most common one suggests it occurs when financial markets, financial institutions, and financial actors acquire a commanding role in the capitalist economy, subsuming all others, households included, under its unstoppable spell. Short-run and very high profits are common traits, thus overshadowing other less profitable sectors. Its genesis and subsequent evolution can be traced to three historical events.

For starters, the fall of the Bretton Woods system in the early 1970s when the U.S. abandoned the gold standard. Second the emergence of Neoliberalism a decade or so later with the undisputed primacy of markets and the business sector. And third, the global deregulation of financial markets started in the 1990s. Recent estimates suggest that total global financial assets in 2021 were fast approaching 500 trillion U.S. dollars, almost 6 times larger than global GDP. In 1980, they were just 20 percent ahead of global GDP. Lots of money has been made by those riding the financialization cavalry since. For sure, the 2008/09 Global Financial crisis had an impact. However, as expected, national governments stepped in to save the same financial institutions that triggered the crisis with their insatiable appetite for superprofits via alleged financial innovations.

While some thought at the time that the Global Economy was going to regulate financialization, that soon became a pipe dream. Instead, governments doubled down by launching, through Central Banks in advanced economies, led by the U.S. Federal Reserve (the Fed), Quantitive Easing (QE) policies, to the dismay of the few Monetarists economists that had somehow managed to survive until then. Such an unconventional monetary policy consisted of creating new money to buy back via repo contracts, Treasury bonds (TB), and/or mortgage-based securities (MBS) from financial entities via the Fed’s  Primary Dealers, a set of 24 private financial (usually not banks) institutions it carefully selects and directly does business with. Primary Dealers used their network of clients to aggregate TB or MBS to match the amount the Fed was planning to inject into the economy. Once the purchase was made by the Fed, the money ended up in the bank accounts of the entities involved that now have additional capital at their disposal. While overall liquidity increased, interest rates tended to fall as now more idle capital is available not for consumption but for investment. That is partly why inflation was not immediately triggered by QE.  Instead, we got financial asset price inflation, Wall Street indices being optimal indicators here.

Surplus capital alongside almost zero interest rates promotes a desperate search for new investments, many perhaps riskier than otherwise, while accelerating the financialization process. New financial assets emerge while old ones, such as stocks, attract plenty of capital, including buybacks. The stock market goes up seemingly forever while risky but very profitable investments in Bitcoin and other cryptocurrencies become the new normal.  Not surprisingly, Bitcoin’s growth outpaced that of the stock market that, in any case, has set all kinds of records. In this overflowing financial environment, Bitcoin cannot become de facto tender as its value as a financial asset is much more attractive and profitable. The COVID-19 economy shock of 2020 opened the door for yet another QE round. At the time, the Fed injected over 4 trillion USD into the economy, an amount larger than Germany’s total annual GDP for that year. And Bitcoin hit its highest ever price.

Now that inflation is back with a vengeance, the whole process is now in reverse. Accessible capital is now vanishing and the riskiest investments, such as Crypto, suffer the most. That is perhaps a renewed opportunity for Bitcoin and family to return to its roots – becoming a real and stable alternative to fiat currency.

While innovative and laudable, initiatives such as Grameen Bank and M-Pesa and the emergence of Public Development Banks (PDBs) are essentially trying to fix a gap created by the business sector, represented by financial institutions. Offering services to the poorest segments of the population is not viable as the incumbents’ profit maximization might suffer.  That does not mean that profits are nowhere to be found. New financial entities like those mentioned before can indeed enter the market, offer financial services, and still make a profit  – but certainly not superprofits. Company and market size make a crucial difference here.  Large corporations have little interest in small markets, while small companies see them as a way to start a business and thrive.  In any event, financial exclusion shows the limitations and pitfalls of unfettered capitalism.

Be that as it may, providing access to a good or service is the target here – and one shared by digital divide efforts and several others. Financial inclusion can then be equated to providing services to all those left behind by the financial sector. However, claiming access expansion is the same as “democratizing finance” is a leap of faith. Seeking new markets and clients is a core trait of capitalism and its incessant accumulation drive.  The massification of consumption is thus inherent to its medium and long-term success. Such a process is not driven by democratic principles, nor does it foster more democratic participation of consumers. If that were the case, we should see beneficiaries having a say in how financial institutions are run, make strategic decisions and allocate financial resources. Access to finance does not in any way generate such a process. On the contrary, one could argue that consumption massification provides the fodder to sustain the current status quo. Democracy is not about universal consumption. It is about the empowerment of the people to run their own state of affairs. Markets do not promote that,  as Hayek repeatedly said. If markets were really democratic, then we could vote out the set of institutions failing to deliver financial inclusion and vote in others that could indeed close the gap.

Any discussion on democratizing finance must factor in the power dimensions and governance structures of the institutions calling the shots. The massive financial bailouts of 2009 and the deployment of QE should thus be seen in such a context. While the banks and other financial entities that triggered the crisis received overwhelming support from national governments, the people facing the housing market’s collapse got zero help, thus losing their homes in the process.  In the US, between 2009 and 2014, the Fed injected over 3 trillion dollars into the economy, resources that also went to those same financial institutions.

Who decided this? How does this work? Do we have any saying on this? Some have called such a process “socialism for the rich.” I call it socialrichism, the socialization of public financial resources to protect those sitting at the thin top layer of the socio-economic pyramid. Democratizing finance has to start here by questioning such processes. Access alone will not change such structures.

In any event, one thing I am totally sure of is that I am no socialrichist.

Levy Yeyati, Eduardo;Micco, Alejandro; & Panizza, Ugo. (2004). Should the Government Be in the Banking Business?: The Role of State-Owned and Development Banks. IADB. https://publications.iadb.org/en/publication/should-government-be-banking-business-role-state-owned-and-development-banks