National policy development on new digital technologies has become a staple since the emergence of the Internet in the early 1990s. It has certainly not been limited to most advanced countries. Nations in the Global South have also climbed the same steep and now long policy slopes, albeit rarely being leaders in emerging areas. Catching up,  peppered with the pipe dream of leap-frogging primer movers, is usually their most daring ambition.

In the beginning, the so-called “digital divide” easily vanquished the global policy territory. As a result, telecommunications infrastructure, alongside skills development, became undisputable and unavoidable targets, incarnated on loud calls for privatization of the telecommunications sector in developing nations -or else – with stern support from the IFIs. However, linking such a divide to the glaring and persistent socioeconomic divides in most developing countries was conveniently ignored or placed on a different, unrelated dimension. Then, e-commerce/e-business and e-government popped up, sending emerging countries into yet another set of policy adventures that perhaps did not quite sync up with 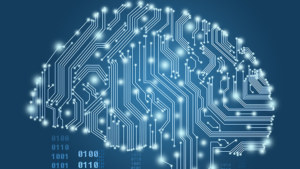 critical local priorities. Not that anyone really cared. Next came the almost unexpected mobile “revolution”  that heavily disrupted the telecom sector – thus ending the primacy of incumbents and calls for even more liberalization – while massifying access to new technology in almost historical record time. Open Data, Open Government and Social Media soon followed, adding another layer to an already crowded policy field.

While many countries in the Global South have been able to design and complete most of these digital policies, the devil is in the implementation. More often than not, policy documents remain just that: documents. In most cases, implementation is haphazard and ad doc, thus yielding no results and coming empty-handed when checking for impact on the ground. Support for policy development has been available from various actors, from international organizations to international experts. Unfortunately, implementation support is a totally different animal, more resembling a skunk that scares away most who want to avoid its not-so-sweet spray at all costs.

By the beginning of the second decade of this century, Blockchains had already seen the light of day while AI – like Jesus Christ, but one better-  was experiencing its third resurrection since its inception in the late 1950s. Some have even linked such a revival to the Apocalypse. In this multi-dimensional and supra-human state, super-intelligent machines will easily wipe us, dumb humans, in one simple stroke.

While such vision offers great material to script more (predictably dull) Sci-Fi films, the reality is that the revived AI, sans apocalyptic connotations, is a game-changer, unlike previous digital technologies. The standard expectation is that AI will hit hard all sectors of society, thus driving profound structural change. It is, therefore, not surprising that the two largest economies in the world are racing toward dominance that, in the end, will have geopolitical implications affecting all other countries, like it or not. In this light, how national decision-makers perceive and understand AI is critical as it will directly influence AI policy development – or justify the lack of action.

The prevailing AI perspective is essentially technological and, combined with seemingly inextricable complexity, well beyond the comprehension of regular human beings who, by all accounts,  have brains that still are much more complex than any existing AI technology. Such an apparent paradox reminds me of the old notion of technology fetishism, where a thing created by humans becomes human,  ready to kick ass on its own. Previous cultures, some very sophisticated indeed, did something similar with natural phenomena they could not explain entirely. Indeed, progress is not linear. 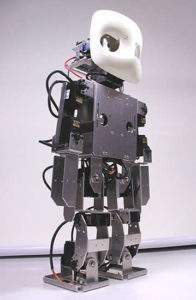 AI’s technology-centered perspective receives constant endorsement from mainstream and social media, thus legitimizing its fetishistic character. It is challenging to find an escape route here. Even when discussing ethical and other seemingly social and political issues, they are operational only within the AI technological perspective. On the other hand, academia’s views are much more diverse, as expected, but its voice in the new, very noisy and crowded public sphere (now privatized!) finds almost no echo. Disinformation and misinformation make the chore more complex by empowering voices that unexpectedly gain enormous credibility.

The recent AI book by Kate Crawford is perhaps one notable exception in this yotta-information jungle. The author goes beyond the technological perspective by suggesting that AI is a multi-dimensional structure built on specific socioeconomic and political pillars where power is the deciding instance. Right on the money. However, Crawford decided to use a topographical approach to illuminate AI’s supra-technological complexity instead of grabbing a more comprehensive and robust political economy framework. The neat aspect of a cartographic system is the option of putting many layers over the same territory. Missing here, however, is the relationships between layers, the third dimension, so to speak.

In any event, policymakers in the Global South should open the door to broader AI perspectives that bypass technological fetishism and instead bring in a good dose of reality with both opportunities and challenges adequately attached. In this way, they will be able to connect AI to pressing national development gaps, avoid repeating the “digital divide” policy gaffe and explore in detail how AI’s multi-dimensional structure could be more effective given the specific local context.

A framework for AI policy development is thus needed. That will be the focus of the second installment on this topic.

One thought on “AI National Policies – I”