Modern Evidence-based Policy Making (EBPC) has been around for 25 years, imported into the mainstream from the health sector and its success with randomized controlled trials. The latter has now spread to many other sectors and research areas. A few years back, a couple of economists won the so-called Nobel prize for wholeheartedly embracing such trials to tackle global poverty. In any event, the Internet was not a triggering factor in the globalization of EBPC. Instead, it was essentially driven by a push back against policymakers’ potential ideological and personal biases. But eventually, the Internet and new digital technologies became part and parcel of EBPC processes. 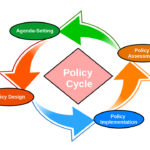 Before the “data revolution” of the early 2000s, developing access to information (A2I) national policies was all the rage. Framed within a human rights perspective,  A2I was not directly targeting EBPM but rather promoting public sector transparency to increase accountability. The goal was to empower citizens and stakeholders who could then question or challenge government policies on an informed basis while exploring how such policies were designed and implemented. Communication was also one of its core targets. For the most part, A2I policies and practitioners were less keen on tacking ICTs, thus preferring to drop the T from the equation while overemphasizing the I and the C.

Undoubtedly, the “data revolution” was unexpected by most and caught unguarded A2I promoters by surprise. Data then rapidly colonized the policy space while directly taking aim at EBPM. It then became almost unthinkable that policymakers could afford to ignore the massive amounts of digital data available to set policy agendas and develop policies along those lines. In a few years, we went from lack of data to a data tsunami soon christened as Big Data.

Ten years later, the impact of the data revolution on policymaking is still under debate. However, a recent OECD report indicates that very few policies developed in industrialized countries are actually based on any evidence. Thanks, Big Data, but no, thanks. One could argue that having too much data and information is almost the same as having little to none. But this is precisely the space where AI could make a critical difference, at least in principle. AI-driven EBPM looms on the horizon. Nevertheless, AI researchers and practitioners have not turned their eyes to such an area. Instead, from a social science perspective, the field is dominated by a sharp focus on governance and ethical issues  – also very important but with agendas mostly set by Big Tech that also finances some of the related research.

A recent paper by a group of Mexican and Spanish researchers takes the dive by closely looking at the policy cycle to explore in detail how AI could make a difference. The paper adopts a two-fold research strategy. First, it undertakes a comprehensive literature review of AI in public administration and policymaking. While some papers on the subject first saw the light of day in the late 1980s, the literature specifically focused on the topic is still scant. Second, the authors identify a series of concrete examples of AI in policymaking for each of the four phases of the policy cycle (agenda-setting, formulation, implementation and evaluation). The analysis and synthesis of this approach lead to the emergence of the Dynamic Public Policy Cycle (DPPC, yet another acronym!), the result of the imminent disruption of the now old policy cycle. Having been personally involved in many policymaking processes, I would not dare classify the good old cycle as static. On the contrary, it can be pretty dynamic – and intensive. But I would agree it is a slow-moving process, more so if extensive consultations with as many stakeholders as possible are envisaged as a necessary step of the overall process. 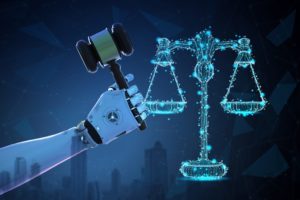 According to the authors, AI disrupts the flow of the various phases of the cycle. Rather than being sequential, they can now be undertaken in parallel or simultaneously: “Rather than the previous conception of a single cycle, which requires several iterations to produce a public policy, the impact of AI will evolve in an incremental and spiral fashion. It will give feedback at each stage of the cycle, analyzing data with AI techniques and simulations. There will be no need to wait until the implementation phase to have results for evaluation. Now, AI can bring about scenarios for each stage of the public policy cycle in almost real-time.” Not the research result I was expecting,  that is for sure. However, despite the overt techno-optimism depicted above, the authors are also well aware of the limitations of AI. They specifically mention four: access to AI technologies in developing countries, biases and ethical issues, AI transparency, and the potential replacement of policymakers by AI.

One of the issues with the approach taken by the authors stems from the concept of a more agile government that, as they acknowledge, is associated with agile software development. Agile is undoubtedly associated with improved efficiency, especially when operating within the business sector. That is part of its Taylorist hat, but, unlike the latter, agile development requires the active participation of all those involved in the process who will have a say on the final decisions. Thus co-creation and crowdsourcing, to name the most well-known. The question here is if the internal logic of public institutions is subject to the same rules as those of private-sector efficiency. Representation, participation and transparency seem much more relevant for the former, more so in the case of democratic regimes. Co-creation is quite possible without the government being necessarily agile, as defined above. Governments have a very different dynamic compared to the private sector, both for-profit and non-profit. The delivery of public value is not only a function of efficiency. The quality of government also matters. And, as mentioned before, comprehensive participatory policy processes can be time-consuming even if we use digital technologies – bearing in mind that participation is more than just simple consultation.

Let us not forget that AI is not just a new ICT. It is not. Some of its applications, certainly those associated with Machine/Deep Learning, are more like “knowledge” technologies. Thanks to enormous computing power, they can find patterns and make predictions if provided with massive amounts of data for a particular domain. We can certainly not do the same –  in the same way that we cannot calculate Chess or  GO moves as fast and accurately as the AI platforms designed for such purposes. Computational efficiency is not the same as intelligence. But AI can surely help corporations increase revenue and maximize profits, as seen during the pandemic.

Another missing link in the paper is the recognition that the public policy cycle is first and foremost a political process that, on many occasions, could become very contentious, as openly acknowledged by researchers and academics working in that space. The agenda-setting phase of the policy cycle is crucial as it determines which issues and topics will be on the table for the policy formulation process. If the core issues affecting my community are not there, we cannot expect any policy addressing them. Competition in the agenda-setting phase is thus a core trait and policymakers, politicians and stakeholders must find ways to agree on the final agenda. Now, suppose that one particular group is the only one that has access to AI. It can then use AI to tell the rest of us that they have found that their issues are the product of the infinite wisdom of AI and its magnificent and indisputable algorithms. Access to AI platforms is not just an issue for developing countries. It will also be at play in contexts where the agenda-setting field is not level.

I have no doubt AI can positively impact the policymaking process if most of the above issues are factored in. However, hacking the policy cycle is perhaps not the best route here, given its political nature. We need to ensure that EBPM can grow over time at the global, national, regional and local levels with the help of AI and the indispensable effective involvement of all stakeholders. Just like other digital technologies, AI is not a panacea.

Indeed, this world is a little more complex than even the most sophisticated Deep Learning algorithm.