In 1980, the U.S. Congress passed the Bayh-Dole Act that modified patent and trademark law by allowing universities and small businesses to own inventions created under the funding of the Federal Government. Its core idea was to expedite the commercialization of innovations as the country, according to bill supporters, was seemingly falling behind Japan and several others (today is China… and not so many others). As a result, innovators and inventors gained a financial incentive to promptly bring their new ideas to market and cash in via intellectual property (I.P.) royalties. In addition, the inclusion of small businesses in the Act propelled the creation of innovative startups by providing similar incentives. Not that academic patenting started then. On the contrary, such a process was de facto instituted in the 1960s. As a result, many of the universities involved were strong supporters of the 1980 Act. 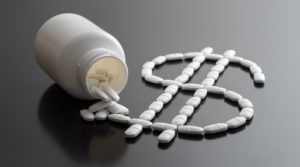 While the economic benefit of the Act is undeniable, its impact on academic institutions is less flowery. Two issues are worth highlighting here. First, it entices them to focus on applied research, thus relegating more general scientific research and development. And second, the bill tends to change the sector’s original character as the drive to commercialize research which might bring in much-needed revenue as Federal funding decreases, becomes part of core missions. Public funding outputs are now fully privatized here, as has already been highlighted in Mazzucato’s The Entrepreneurial State. Consequently, citizens and society only get tangible benefits through market mechanisms. One of the key beneficiaries of such policy was the nascent digital tech (now Big) sector. Big Pharma also benefitted substantially.

Many of us who work in Digital Technologies might not be very familiar with Big Pharma, at least not as much as Big Tech. The latter seems relatively straightforward in this context as we can count the dominant companies with five fingers. We can even use an acronym to aggregate them under one nomenclature. FAAMG used to be the preferred choice, but F became M recently. In any event, we could have also used FMAGA to push back against a well-known U.S. right-wing political acronym. Big Pharma is a bit bigger, much more international (albeit U.S. companies control almost 50 percent of the market) and has no recognizable acronym. The top five Big Pharma companies are as profitable, if not more, as Big Tech, although financial valuations are lower. In any event, the critical point is that Big Pharma also has substantial power and influence around the globe.

Twenty-four years after the Act was passed, an inchoate teenager gymnast fell, losing consciousness for a bit after hitting her head. Her mother took her to the E.R. She had a broken wrist, but all other tests were within range. OTC pain relievers were indicated. After a week, she started having recurrent headaches. The family doctor ordered a brain C.T. scan that reported no issues and gave her Vioox, a new and allegedly more effective drug, to tackle the pain. However, the headaches worsened by the day to the point that she could not do much at school. Back at the doctor’s office, a new health check did not find anything wrong. She was told to make an appointment with a neurologist. A few days later, she died at home, victim of a massive stroke. She never got to see the specialist.

This is the opening shot of John Abramson’s latest book, Sickening, where he explores the role of seemingly independent players that unleashed such terrible tragedy. They are 1. The drug manufacturer (Merck, in the case of Vioxx, but many other examples are discussed in the book). 2. The academic journal publishing peer-reviewed research (the New England Journal of Medicine, NEJM, among others). And 3. The government entity approving new drugs for human consumption (the FDA). The origins of such an unholy and certainly unplanned alliance can be traced back to the 1980 Act. 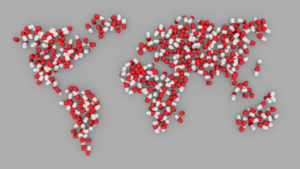 Almost simultaneously, the Act also propelled the emergence and consolidation of contract research organizations (CRO), taking advantage of the Act’s potential benefits to small businesses. CROs thus started to compete with well-known academic medical centers. Big Pharma then began to develop internal research capacity and use CROs to undertake actual research and clinical trials, thus increasing its oversight while bypassing knowledgable academic centers. As CRO investment grew, competition among them increased while centralization took off. CRO ownership became an investment target itself. Many were bought not by Big Pharma but rather by big advertisement companies and, later on, by private equity firms. By 2004, CROs took in 75 percent of all industry investment in clinical trials. That grew to 86 percent by mid-2010.

The increased control and oversight of Big Pharma over clinical trials translated into a decrease in transparency in the short run and accountability in the long one. I am particularly interested in the data side of this complex equation and the information and knowledge that can be subsequently obtained from the analysis. That is, the data generated by the clinical trials put into place to test the viability of any given new drug. In this light, increased process oversight and control over the former mean that manufacturers have no legal obligation to publicly make such data available.

Relaying on a political economy framework is advantageous here as it allows to analytically separate the various phases of drug development. We will thus look at the production, distribution, exchange and consumption cycle of new drugs.

For starters, it is essential to understand that, in today’s world, drugs are privately owned chemical innovations that demand thorough testing to ensure efficacy and safety. A new drug is thus a tangible knowledge product, the embodiment of extensive and sophisticated research and development and complex testing processes. However, unlike a book, we cannot read its contents by holding it in our hands. So every time we look at a new medicine, we should keep that in mind, as we are about to consume a synthetic product that results from state-of-the-art science, research and technologies that usually transcend our knowledge and understanding. That is why full transparency on the production side is essential.

From the manufacturer’s perspective, the production of a new drug is not limited to the actual elaboration of the physical object (pill, etc.) but also requires the production of the scientific knowledge that backs its alleged efficacy and safety. Introducing the concepts of exchange value and use-value that characterize all commodities helps clarify this further. For starters, the exchange value (or market price) of a new drug must cover its physical creation process, plus the production costs of the scientific knowledge manufacturers must share to verify the new medicine delivers the promised goods. The latter also includes all I.P. rights the company usually owns, ensures monopoly production and distribution for a few years and is thus the primary driver of such investments. Having complete control and oversight of the outputs of such additional investments can help manufacturers obtain the results they are looking for while minimizing complex risks.

Secondly, and unlike most other commodities, drug manufacturers must also demonstrate that the new product has a clearly defined use-value before it can be placed on the open market. They thus need to make additional capital investments within the production sphere before the actual commodity travels to the distribution and exchange realms. Of course, that increases investment outlays and production costs, but that is the nature of the pharma business, a fact manufacturers know well.

Being that as it may, the dual nature of the new drug (object plus knowledge) allows companies to enter the distribution sphere while production is still ongoing. Its knowledge component must be distributed to both reputed academic journals that validate their final findings and the policy entity (FDA in this case) that will give final approval (or not) for actual distribution and exchange. The issue here is what exactly is being shared with such independent entities. If the FDA approves the drug, the physical production is ramped up while additional investments in the distribution and exchange spheres occur. In the former, advertising is part of the process (although not a universal practice in many countries). As we saw above, many CROs are owned by advertisers who are more than ready to help.

New drugs that undergo the above process can only be obtained via medical prescriptions. There is no “free market” for these medicines. Medical Doctors (MDs) are then the (in)visible hand that allows new drugs to walk into the exchange process. These gatekeepers are then a good target to open the sales flow gates. As Abramson details, M.D.s are trained to follow the science, which usually means keeping track of the latest research via top academic journals or manufacturer’s briefings and reports. But M.D.s also spend quite a bit of time meeting with company drug representatives who frequently visit them, bringing free drug samples and offering other gifts and perks. The exchange sphere is thereby very dynamic when it comes to new drugs awaiting the green light to go into the hands of patients (or consumers, that works too!).

In the end, we can now see how Abrasom’s three critical actors involved in the death of the young gymnast play a distinctive and unique role in the overall production process of new drugs. We can also see their interconnections, with M.D.s playing a critical role in the exchange and consumption spheres. Nevertheless, there is undoubtedly no collusion among them to favor this or that drug – albeit we know that several FDA experts making final decisions have worked for Big Pharma in the past, thus raising issues of potential conflict of interest.

Abramson provides ample evidence that the source of such fatal incidents is how Big Pharma discloses data, information and knowledge from the clinical trials undertaken to test drug viability. Unfortunately, most are not publicly available, so we only get to see the tip of the iceberg, which is usually the good news only. The author even offers examples of clinical trials where patient data was collected manually on paper, intentionally avoiding the use of digital technologies. How reliable is such data? The author has been able to study actual data that the manufacturer must disclose when litigation occurs. One could also get access via Freedom of Information Act  (FOIA) requests for public disclosure (as was recently the case with clinical test data for the Pfizer/BioTech mRNA vaccine, for example). Still, companies can be very selective on what they disclose by arguing that they need to protect their I.P.

The distinction between data, information and knowledge becomes critical here. While the last two might contain proprietary information, data alone does not. Researchers could thus use the data to check and verify the claims made b  the manufacturers. In this light, open data researchers and practitioners should start pushing in that direction.

After all, health is a human right that has unfortunately been fully privatized in the U.S. It ain’t working.

The Environment and “Socialist” States
Financial Inclusion and Democratizing Finance – I