Thirty-six years after it first broke the news for the wrong reasons, Chernobyl is back in the headlines thanks to the horrible and absurd Russian invasion. Sixteen months before the well-known Soviet nuclear meltdown of 1986, a plant located in Bhopal, India, owned and run by a private U.S corporation, released a lethal gas into the atmosphere, killing thousands and impacting over half a million inhabitants. It thus had a human impact much more significant than the “socialist” nuclear plant incident.  Moreover, unlike Chernobyl, Bhopal’s population was not relocated, nor a new city was built. India, we are frequently reminded, is the largest democracy in the world. So we cannot blame “socialism” for such a terrible failure. Regardless, Chernobyl has become the epitome of the failures of the USSR and all other so-called socialist states, regardless of geography. They are all the same, and so goes the story. It is also a metonym for the alleged disastrous impact of “socialist” policies on the environment.

This line of thinking still prevails in mainstream media and academia. And many on the right and left of the political spectrum share it  – a curious point of agreement indeed! But, on the other hand, Bhopal has become just another footnote in the history of capitalism and its nefarious environmental impact – at least for mainstream media, as Bhopal inhabitants are still demanding action. So how do we explain such differential treatment? This reminds me of how the West treats the innocent Ukrainians displaced by the invasion vis-à-vis the innocent populations also displaced by deadly invasions and wars in the seemingly remote Global South.

That is one of the questions the recent book by Salvatore Engel-Di Mauro openly addresses. Comparative analysis is the method of choice. While this might seems obvious, the actual design is more complex than initially expected. Indeed, we promptly run into definition and classification issues as, for example, diverse political regimes can be combined with different economic and human development levels at the country level. It is a multi-dimensional undertaking.

In the capitalist squad, we find highly developed countries alongside nations that are still poor and have failed to catch up with the former despite much-anticipated economic predictions. Capitalist development in the latter is incipient, at best. Here, World Bank income categories can be helpful to detect some of the differences without forgetting that the most significant carbon emitters have historically been the nations that industrialized from the 1850s on. To build the  “socialist” team, the author develops his own categorization that distinguishes between State-socialist countries (26 in total, all now gone except for Cuba) and Socialist Governments with capitalist economies (15 countries total, with six still alive today). Countries like China, Laos, and Vietnam have transitioned from State-socialist to Socialist governments. Note that the “socialist” team comprises a relatively small set of nations compared to the other group that includes, on average, over 200 countries.

While some will surely disagree with such a typology, I still find it helpful as a starting point to dispel some myths surrounding the alleged problematic relationship between “socialism” and the environment. Needless to say, agreement on what “socialism” actually means has yet to be reached. That is why I add quotes. The author proposes his own definition that allows, for example, to exclude North Korea from the socialist camp after the well-known 1972 political changes. Engel-Di Maura also highlights that the socialist group is hardly uniform. Indeed, most did not industrialize, thus joining those in the capitalist territory that perhaps unwillingly followed the same economic path. This is a significant contribution as neither camp is certainly monolithic. Context does matter and should be part of the overall comparative analysis. Sweeping generalizations are thus not welcome. 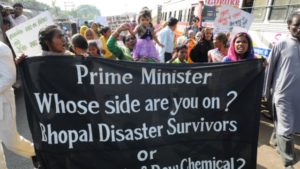 After a short chapter on the history of socialist states and the emergence of eco-socialism  -another term under endless debate – in the 1960s,  the author deploys a two-fold strategy to support the suggested comparative analysis.  The first is primarily quantitative and uses concrete examples and data sources to compare the two camps while distinguishing critical country differences within each group.  It has three legs the author labels as absolutist, synchronic and diachronic comparisons.  The second is qualitative and focuses on biophysical and social contexts at the national level and brings in the interaction and interlinks between countries, regardless of team membership. After all, the environment has no nationality or party affiliation. Indeed, what happens in one country can directly impact many others. And vice-versa.

Mainstream views on socialism and the environment use two approaches to make their case. The first can be called inductive. Take a few carefully selected “socialist” environmental disasters and use them as the typical example of environmental degradation in all countries that could be classified, albeit rarely itemized, as such. Here, Chernobyl and the Aral Sea are the most cited. But for every Chernobyl there is at least one Bhopal (or Niger Delta) on the other camp – many occurring in the “non-socialist” Global South. Not to forget that socialist countries such as Laos and Vietnam are still recovering from the sustained and systematic bombing campaigns during the Vietnam war.

The second approach is deductive and consists of taking a selected number of “socialist” countries to show that their overall environmental record is comparatively worse. We can then conclude that any “socialist” government will inexorably perform in the same negative way. Two issues can be highlighted here. First, we need a precise classification of countries to build the respective antagonistic teams. That is not an easy undertaking as a country’s political regimes change over time, but we must ensure we are all on the same page. Second, political regimes can have different levels of human development, which is just another way of reintroducing the notion that neither side is monolithic. So we can indeed find poorer countries on each side alongside richer countries that have successfully industrialized at some point. The latter set of countries, capitalist and socialist, has had the highest negative impact on the environment. Recall that the socialist camp is relatively small in the number of countries. And less than 40 percent (out of 38 total) took the industrialization path.

While ignoring differences between countries within each team, Synchronic comparisons are helpful to show global environmental impact and rely on carbon and other greenhouse emissions and ecological footprints. For the former,  Engel-DiMauro uses average emissions per capita per team as the leading comparison indicator and differentiates State-socialist from Socialist governments by relying on data sources from the European Commission and the U.S. Department of Energy. Unfortunately, we have already run into trouble since average emissions depend on the number of countries included in each analytical group.

As noted earlier, nations under the socialist banner are a minority, while all groups include various economic development levels. As a result, the average per capita emissions for the capitalist groups are seriously underestimated as most countries in this group are part of what the author, following Wallerstein, calls the semi-periphery and have a relatively small carbon footprint. Historically high GHG emitters such as the U.S. and Japan are thus shielded in the summary graphs presented by the author. As a result, Socialist-states and Socialist governments are the worse performers. Only by looking at the absolute level of emissions by group, we can get a more accurate picture, as the author does later on. The Capitalist team accounts for 76 percent of total CO2 emissions between 1917 and 2018, while the State-socialist team score is 11 percent. But then again, this level of aggregation ignores intrateam differentiation. In my book, national industrialization processes in each group must be taken into account and used as a critical comparative indicator while excluding all those countries that were never able to follow such economic development path. The latter should, in turn, be compared on their own across the various groups.

Last on the quantitative side of the analysis is diachronic comparisons. Under this rubric, the author looks at possible systemic changes before and after significant social transformations. The fall of most State-socialist regimes in 1990 has not reduced CO2 emissions. While SO2 emissions have remained at the same level, air pollution and, less so, deforestation have increased. In contrast, conservation efforts and policies have been relegated to the bottom of the overall development agenda.  In a nutshell, the transition to capitalism has not brought any environmental relief to former socialist nations.

The qualitative comparative strategy is essentially a  call to use a political economy approach that has a full ear for the environment to study the historical evolution of State-socialist and Socialist governments. Along these lines. Engel Di-Mauro presents three detailed case studies starting with the USSR, the most widely used example of the environmental failures of “socialism.” He distinguishes four phases. First, the  Czarist regime had a rather negative ecological impact on deforestation and land erosion. The fact that the Russian empire was then industrializing while phasing external aggression made matters even worse. After the Bolshevik revolution, the environment became a vital concern for the new revolutionary government and new policies, programs, and research were put in place. This was short-lived as less than 15 years later, many of the leading environmentalists fell out of favor and were victims of the late 1930s purges. Finally, an ecological renaissance took place after Stalin’s demise. In fact, the USSR was one of the nations pushing the UN and other international organizations to take the issue more seriously. Statistically, the USSR was always below the U.S regarding per capita CO2, SO2  and N20 emissions, and ecological footprints.

China has perhaps followed the opposite path. Starting with the colonial situation of the 19th century, Japanese aggression in the earlier 20th century and a long civil war had a devastating environmental impact inherited by the revolutionary government that took power in 1949. The new communist government, following the example of the USSR, initially pushed for rapid industrialization while facing a harsh U.S. embargo. The split with the USSR in late 1960 made matters worse as the Chinese did not have the technology or expertise to copy their neighbors. As a result, the environment suffered. Reforestation efforts were launched in the 1970s while soil erosion was kept minimum. The most significant change came in 1978 with the new pro-capitalist government setting and achieving an ambitious industrialization process with indelible environmental impact. Even so, except for air pollution, the U.S. is still ahead in per capita emissions of all other GHGs and ecological footprints. Cumulative C02 emissions since 1910 show that the U.S. is still well ahead of China, with the latter catching up slowly but surely.

Last but not least is Cuba,  the only remaining Socialist-state globally. The author enshrines the Caribbean island as one of the best examples of how “socialism” can benefit the environment via policy development, long-term vision and targets, and local innovation that addresses specific local needs and gaps. According to data cited by the author, Cuba is even ahead of Costa Rica, a  well-known darling of the Western international community tracking the environment.

In the end, the book provides sufficient evidence to dispel the mainstream perspective on the alleged nefarious impact of “socialism” on the environment. While this is perhaps more relevant for those who claim to be at the left of the political spectrum, more research using similar frameworks is needed.

We can surely learn quite a bit from the past if we have the courage to examine it more carefully. More so when the powers at be have decided to take little action, despite overwhelming evidence, to tackle the dire environmental future coming our way. And they are not “socialists,” nor do they want to be.

The Environment and “Socialist” States