The Abode is a Humongous Shopping Mall

As some pundits have observed, data centers (DCs) are the backbone of the digital realm – hiding in plain sight, I would add. However, they do not live alone in their noisy, albeit warm homes. They cannot afford to for existential, not financial, reasons. DCs depend on several other beings as much as the latter depends on them. That is the only way to ensure mutual survival. 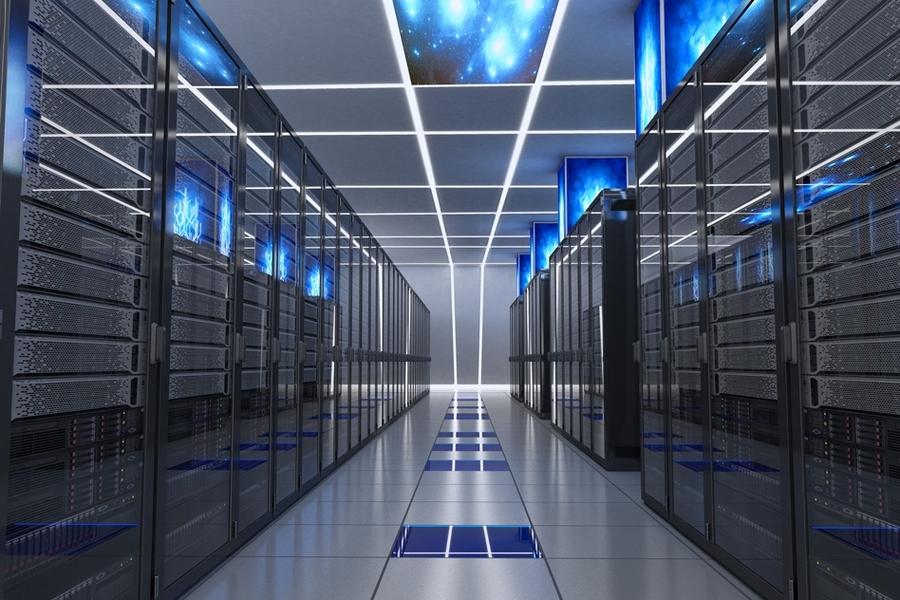 First in line are the infrastructure providers best represented by large Internet Exchange Points (IXPs). These beasts furnish the global distribution channels that allow end users and consumers to enter the marvelous digital domain. In fact, the business literature considers IXPs part of the DC team, thus sharing territory with Colocation, Enterprise, Edge and Hyperscale centers. However, IXPs are the equivalent of the loaded containers, trucks, trains and airplanes we see in traditional industrial distribution processes that ensure products promptly reach the market. Historically, IXPs predate DCs. Today they are closely intertwined forever, in holly union and till death do us part. Like DCs, IXPs are also severely allergic to direct sunlight and prefer to avoid direct socializing with regular folks as much as possible. Virtual contact rules. Together, they reside happily in the basement of the abode.

The immense, bright, constantly expanding ground floor gallery has a different personality. Here we find hundreds and hundreds of device and gadget makers and providers who make a living by socializing the most with the average Janes and Joes of the analog world, businesses and governments included. They also ensure their irreplaceable and clever commodities promptly reach the frequently belittled basement. In the first installment of this series, I mentioned the case of mobile phones. Over 22 billion devices have been sold since 2009, with smartphone sales closing on two billion per year. While the numbers for other devices are not as staggering, they are also substantial. For example, shipments of PCs, laptops and tablets are close to 500 million per year on average, with laptops accounting for more than 50 percent of the total. The same goes for the plethora of devices and gadgets that have seen the light of day in the last 20 years or so and ensure we can escape from our modest and boring analog world and leap into the overambitious digital domain.

Nevertheless, the fastest-growing section of the main gallery is being propelled by the development of Internet of Things (IoT) devices, including sensors. Humans have finally lost their monopoly on digital data creation as a new set of smart devices can do the same without our direct intervention. Think about sectors such as aviation, automobiles, utilities, weather, wearables and so-called smart homes – but do not disregard the complex privacy issues triggered by this evolution. Recent reports show that by the end of 2021, 10 billion IoT devices were at work globally. And IoT data generation estimates for 2025 suggest it will generate almost 75 zettabytes, which is slightly bigger than the total global amount generated last year. So the basement is getting bigger, too.

Needless to say, software has been an integral part of the process, starting with the development of programming languages and, nowadays, designing sophisticated end-user applications. It saw the light of day in the 1940s via assembly language once electro-mechanical computers started to spread. Since then, many programming languages have been developed, leaders changing throughout the years. Today, for example. Python seems to be the most widely used. Computer programming, however, has evolved from being purely analog initially (as in assembly code) to becoming mostly digital today. Programmers thrive in the digital domain. But at some point, their products must be physically transferred to tangible devices such as smartphones or IoT gadgets.

The abode metaphor helps demystify some of digital technologies’ alleged “unique” traits. For starters, behind the endlessly expanding digital realm, we find tangible and very real components and assets that nurture its existence and guarantee its long-term survival. The virtual or immaterial nature of the digital domain not only necessitates them but is also the result of their interaction with both humans and nature. Indeed, they are its raison d’être.  Second, while the current architecture resembles a shopping mall, other alternatives are feasible, such as a bazaar or souk, where small producers are at the helm. We can even consider an arrangement where the basement becomes part of the main gallery instead and is thus visible to all. Ultimately, the current structure is not immune to innovation and change.

And third, entering the hidden abode also unveils the critical importance of looking more closely at the overall production process of digital technologies to fully grasp their overall socio-economic and environmental impact. From the above, we know that such production processes share many characteristics of other advanced and sophisticated industries and manufacturing. Yet, it also has unique traits that impact distribution and consumption.

In a nutshell, the overall production process has four critical intertwined components. 1. The actual production process. 2. The distribution process. 3. The exchange of products. And 4. The consumption process, including disposal, in most cases. In traditional industries, products need to travel to the market once finished. Thereby, adequate distribution mechanisms and networks must be in place to ensure the commodity arrives at the market in optimal condition. Once in the market, products are sold to final consumers or firms that use them as inputs in their production processes (productive consumption). Product sales quickly transform into profits, part of which are reinvested into the production process. Another portion goes into the financial sector via banks or other similar institutions to pay dividends and issue loans to other investors, including industrial firms.

In the case of digital technologies, we find at least four different dramatis personae, some of which we met before. First, starting at the basement again, we have the various types of DCs. Second, we have all the device and gadget producers of the main gallery. Here, we might also include Internet Service Providers (ISPs) that feed the IXPs while closing last-mile gaps. Third, we see the software and application developers, ranging from single individuals to large corporations. And finally, we encounter the so-called platforms that apparently entirely reside in the digital domain.

The critical point here is that despite working in sync, these four characters have different overall production processes. Therefore, the latter must be carefully studied to fully grasp the potential impact of digital technologies on the environment. Additional complexities seemingly emerge when we realize there is no one-to-one match between the various roles and digital technology companies. In other words, one large company can indeed play all these characters simultaneously. Apple and Amazon are good examples here. However, that should not be a significant challenge if we deploy the overall production process blueprint, showing how these roles, while closely interdependent, also have distinct personalities and clearly differentiated production processes. Using Leontief input-output matrices could be an excellent way to analyze and visualize all this from a production perspective.

However, note that the so-called platforms play a crucial role as they can bring all the different characters into the same play or film. They not only write the whole script but also assume the lead role, thus appearing to consumers as the real deal, all others being minor players that can even become invisible to us. We do not need to know or meet all the other characters to successfully engage with the platforms. On the contrary, such a process simplification makes them even more attractive and user-friendly to use computing language.

Connecting the overall production process blueprint to ICTs direct, indirect and rebound is also of paramount importance. Most direct effects take place in the actual production process, more so in the case of DCs and device producers – and not in the consumption sphere as it is usually assumed. For the latter, e-waste is probably a more significant issue of concern. By the same token, most indirect effects occur during the productive consumption of digital technologies, as reflected by noticeable productivity gains, the apparent dematerialization of production, and a multiplier effect on the overall economy. Finally, rebound effects are more evenly distributed as they can occur in any of the four production process spheres and are not limited to energy consumption alone.

Any attempt to measure the actual environmental impact of digital technologies should factor in the various component of the blueprint described above.

One thought on “ICTs and Emissions – III”