Digital technologies’ social ubiquitousness is indisputable. Indeed, escaping their mantra seems unreal, almost dystopic, regardless of location or connectivity. The TINA (there is no alternative) principle appears to be entirely at work here. It is thereby paradoxical new ICTs are conspicuously absent from big-ticket Global Climate Change policy documents such as the 1997 Kyoto Protocol, the 2015 Paris Agreement and the more recent 2021 Glasgow Pact. Granted, one could argue that climate policymakers lack the expertise to grasp how digital technologies could be part of the solution – if at all. But, on the other hand, they surely know digital technologies are part of the problem. Taming this two-headed monster might be too much to handle for climate experts, who already suffer from chronic migraines and are being forced to navigate a turbulent sea of deaf ears.

That does not necessarily entail the infamous digital hyperbole is also absent from these quarters. Undoubtedly, it never misses a trick. The most common claim in this shady corner positions ICTs as carbon negative when deployed in sectors such as agriculture, construction, health, manufacturing and transport, due primarily to immense efficiency gains. As a result, a 20 percent emission reduction should occur by 2030, while the ICT sector emission global share should decrease over time. So far, the score suggests otherwise. Regardless, such claims were endorsed by the UNFCCC (that acronym again!) at the time of publication. Surely, the climate-ICT knowledge gap played a critical role here.

Like many other technologies, ICTs have a discerning impact on productivity – doing more (outputs) with less (labor and inputs). Let us not forget that one of the critical traits of Capitalism is an incessant innovation drive propelled by relentless competition and a profit maximization overdrive. Continuous technical change is part and parcel of its soul. Those who ignore the innovation dictum are sentenced to death, no appeals granted. However, current research shows ICT-related productivity gains occur in the medium term, spreading unevenly around the globe. In other words, rapid ICT innovation triggers delayed productivity increases in some geographies, a far cry from universal reach.

Nevertheless, ICT uniqueness is larger than unheard productivity gains. It stems from its capacity to dematerialize or virtualize processes, labor, inputs and even outputs. Think e-books or virtual meetings, for example. In principle, the ideal scenario where emissions could surely be reduced will happen when perfect substitution occurs. That is, when book production is wholly replaced by e-books, and all business travel is eliminated thanks to existing video-conferencing platforms. But that has yet to become a reality. And it seems unlikely it will ever do.

That being said, dematerialization also needs to be contextualized. Using e-books as an example again, physical devices such as e-readers, tablets and smartphones need to be produced to allow access to such intangible, virtual goods –  even if we are not connected to the network and ignoring the massive data centers that need to be in place to cater the demand. In all cases, access to the digital domain demands the creation of tangible devices that will enable users to jump into such an “immaterial” world. These analog devices are the entry gateways to the digital world, which would otherwise remain unreachable. Thus, dematerialization demands further materialization to be accessible by us, poor analog beings. In fact, dematerialization is only valuable if we can access it via devices that provide the interface between the analog and the digital worlds.

To understand the impact of ICT on emissions, we must peacefully confront the three-headed hydra researchers have already identified. Any comprehensive analysis must include ICT’s direct, indirect and rebound effects, each pulling in its own direction. The path forward is treacherous and could lead us to different locations. Assuming that ICTs by default will decrease emissions is jumping the gun, digital utopia at its best indeed. 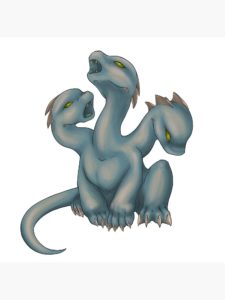 Like any other commodity, ICTs must be first produced. A good proxy is the ICT sector. Here we find producers of devices, gadgets and infrastructure, as well as producers of the trillions and trillions and trillions of bits that constitute the now gigantic digital domain. For example, a company like Apple is both, thus creating a quasi-monopolistic digital domain supported by its own devices and data infrastructure (and even standards, in many cases). Generating such an exclusive domain entails Carbon emissions, just like any company operating in any other productive sector of the economy. In 2020, Apple emitted over 23 million tons of CO2, a number that is slightly lower than Denmark’s total emissions for the same year. However, Amazon was way ahead, emitting over 60 million tons, 50 percent more than Norway. Amazon would be among the top 50 emitters if it were a country. Not too shabby. At any rate, these emissions constitute ICT’s direct effect on the environment and are undoubtedly significant. It goes without saying that we should not leave e-waste in the dustbin.

Indirect effects occur when ICTs are used as inputs in the production of any goods or services, ICTs included. First, technological innovation can foster productivity while decreasing the consumption of other inputs per unit output. For example, waste reduction and lower energy consumption are entirely feasible. Second, some innovations have a pervasive impact on the overall economy, engendering structural transformation. The Industrial Revolution comes to mind here. We are already using the 4IR acronym to describe the one ongoing, allegedly. That is certainly the case with general-purpose technologies. Some ICTs might be part of that team. And third, dematerialization or digitalization of part of the production process might take place, thus potentially reducing the consumption of other inputs. Note that the first two are not unique to ICTs, albeit one could argue that the latter, comparatively, brings immense productivity gains and more profound structural change. Even so, that does not immediately translate into reduced emissions. In any case, the indirect ICT effects could potentially reduce emissions, a proposition supported by some researchers. However, measuring the indirect impact on the environment can be challenging. As a result, researchers tend to focus on energy consumption as a critical indicator.

Last is the rebound effect, a concept first suggested by Jevons in the second half 19th Century and closely associated with energy consumption. In a nutshell, the rebound effect occurs when reductions in energy costs due to efficiency gains are offset by increases in energy consumption. Fuel-efficient cars are an example, as one might drive (emitting) more, not less. In the ICT realm, monitors are an excellent case to check. The old, oversized and heavy Cathode Ray Tube (CRT) monitors used almost three times more energy than modern LCD or LED monitors. But nowadays, many have not only two or more monitors but also tablets and smartphones, thus increasing energy use. Current research shows that ICT-related rebound energy effects are already at work.

However, rebound effects are not limited to energy consumption. It can also comprise many other factors that can impact environmental sustainability. Smartphones are one interesting and complex example here. In 2007, 132 million such devices were sold globally. At the time, feature phones were ahead, mustering almost one billion unit sales. By 2019, over 1.5 billion (10^9) smartphone units were purchased, an increase of nearly 1,200 percent, while the less sophisticated and more environmentally friendly feature phones fell to less than 300k units. At least two factors are pushing this evolution. First, the continuous innovation process driving the smartphone market. Early smartphone versions will certainly look dumb to most of us today. Second, many consumers replace their smartphones at least once every two years, if not more frequently. So while newer phones might be smarter and more efficient, the environmental impact of both innovation and replacement is substantial. 8.5 billion smartphones have been sold since 2009. So what happens to the older ones discarded by users every so often?

In any event, the actual ICT environmental impact will depend on the dynamics between direct, indirect and rebound effects. The first usually contributed heavily to emissions, while the second can bring some relief, more if it can push the third far back enough. Assuming that ICTs are environmentally friendly or neutral in the best-case scenario is not an option.

ICTs and Emissions – I