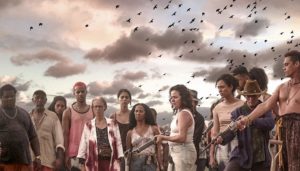 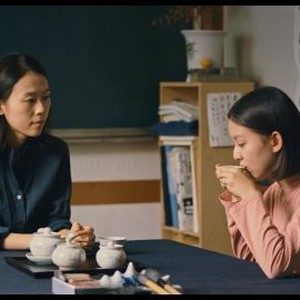 END_OF_DOCUMENT_TOKEN_TO_BE_REPLACED

I have a distinct impression that, in my book, 2019 was not a stellar year for high-quality films. I actually saw a few fewer films this year and lack of time was not really the issue. The latest by Bi Gan and Bon Joon Ho are exceptional. The former is outstanding in terms of cinematography and storytelling. The last hour or so is shot in 3D and apparently in one single take.

I also saw the 2D version and could not tell the difference. Parasite has attracted almost universal claim, deservedly so. After the Okja disaster, this is good news for film-making.

Online viewing continues to gain ground, unfortunately. I could not see The Irishman in a local theater, so streaming was the only option. In the US, ticket sales continue to decline while ticket prices in New York continue to rise. Some

END_OF_DOCUMENT_TOKEN_TO_BE_REPLACED

While I managed to watch a film every 2.5 days on average, online sources were instrumental in making this a reality. The astounding public library system of the US county where I happen to live at the moment also played a significant role. In addition to facilitating access to academic books (usually on the expensive side) at no cost, it also provides free access to online film platforms. This is the first time I make extensive use of this resource  – and certainly not the last. In fact, fifteen percent of the films I was able to catch this year delivered via this channel. In any event, I am still a big fan of the big screen and will not change that for any other platform.

It seems to me this year the quality of the films released was probably higher than in the recent past. Films like

END_OF_DOCUMENT_TOKEN_TO_BE_REPLACED

Travel and work got on the way big time this year. Watching films on the big screen thus became a bit more challenging. Here is where online streaming and, to a lesser extent, DVDs come to the rescue. In the past, missing a film implied waiting for months if not years to play catch up. Television was usually an option and one that offered edited films on a narrow (never mind small) screen. Not that I miss those old days. But on the other hand, most film revival houses have disappeared.

New digital companies such as Netflix and Amazon are going beyond film distribution and are now betting on film production. Perhaps real competition to Hollywood backed by big money is finally emerging. Will these and other similar companies disrupt the sector? Perhaps. But the good news is that film production

END_OF_DOCUMENT_TOKEN_TO_BE_REPLACED

Stopping a declining trend, I saw 140 films this year. That is about 40 more than last year. One big change to note here: For the first time, I watched more than 50% of films either online and/or on DVD. This is probably a reflection of increased competition as now we have many more players that just Netflix in the sector. For example, the wonderful Criterion Collection DVD outfit launched its own online channel just before the end of the year. Expect many other to jump into the fray.  Nevertheless, I still believe nothing can really beat going to see a film in a theater.

As with previous years, many supposedly “good” films were launched towards the end of the year. I did not have the time to watch them all so I will probably have those in my next year’s list if they are indeed as good as

END_OF_DOCUMENT_TOKEN_TO_BE_REPLACED

A relatively slow year when it comes to films. Unlike previous, this year I only managed to see 99 films. That is almost 50 films less than last year.  I am sure I missed quite a few. Around 700 films are annually released in the US.  I probably saw maybe 10% of these, at most.

Many “good” films tend to be released towards the end of the year as some are thinking about the Oscars. Not surprisingly, we can find films in top 10 or 20 best film lists that have not yet been officially release. As a result, I only get to see  them  the following year. Those films will thus appear in my best list for that year.

The list below contains the films I liked the most, presented in the order I saw them along the year thus precluding rankings. Personally, I find it sort of difficult to have just

END_OF_DOCUMENT_TOKEN_TO_BE_REPLACED

This was not the best of years, that  is for sure. Let us call it a big transition year that included a huge roller-coaster ride that lasted not seconds but months. A bit longer that what is probably really needed. Yet, I was able to some how see 144 films. That is almost 10% less than last year and over 17% below the 2012 peak. Still, it is not a bad number if we bear in mind that an average of 700 or so films are official release in the US on an annual basis.

In terms of films, this was not either a very good one if we compare it to the 2013 or 2012. One of the films that I saw and  actually liked a lot was not really considered by mainstream media or placed into many best films of the year. The film, The Launchbox from India, is a simple film about ordinary life where food, love and loneliness

END_OF_DOCUMENT_TOKEN_TO_BE_REPLACED

My film viewing trend continued to decline this year, now down to 158. This is just a fall of close to 7% which is probably not very significant. But this year I faced some health issues which prevented me from actually going to film theaters. In early March I broke a tiny bone in my ankle. That took almost 6 months to heal so walking was a bit of a challenge. Then in November I fell on my face and, as reward for being such cluts, fractured my right elbow (yep, I am right handed so that was a bit of a nightmare, especially when it came to replying to business emails!). In any case, online, on demand, and DVD viewing did come very handy under the circumstances.

Viewing patterns however did not change much. Weekends continued to be the preferred choice for catching films: 75% of all the

END_OF_DOCUMENT_TOKEN_TO_BE_REPLACED

Not entirely sure how but I managed to catch 169 films this year. That is 6 less than 2011 but, on the other hand, it seem to say that I was watching a film every other day of the year. Not quite, as I do have a full time job. But weekends were indeed busy as I saw 116 films during the 52 weekends of the year. And I watched over 120 of those films in theaters – not on DVD or online.

My selection of favorite films is presented in the order that I saw them and thus do not intend to provide rankings. Furthermore, some films on my list might have been released last year but I did not get to see them at the time.

In this regard, I have noticed that many top ten lists include films that have not been released in the US. As I am not a professional film critic, I do not get access to such

END_OF_DOCUMENT_TOKEN_TO_BE_REPLACED

Juggling travel and work, I still managed to catch 175 films in 2011. Below is a list of the films I liked the most, organized chronologically – in the order that I saw some them along the year.

I was able to see a few films that have not been officially released in the US. By the way, most US annual “top ten” lists require that  a film must have had  a one week long release in the USA. Otherwise, it cannot be counted. So if one happens to catch a film that plays for a couple of days somewhere in the US, then that film cannot be added to any lists as it has not been “officially” released. I do not follow this criteria as it seems a bit dated for the digital era.