To the Moon and Back

It was my elder sister’s 25th birthday when Apollo 11 landed on the moon. We watched the unprecedented event on B&W TV  – our grandma openly expressing total skepticism. We then went out for a family celebration. Funny, I still vividly remember the restaurant where we dined, which, needless to say, went under many years ago. But, on the other hand, my grandma never changed her mind. Had the Internet existed back then, I am sure my beloved grandma would have easily found plenty of coreligionists. They are still out there today, better connected than ever. 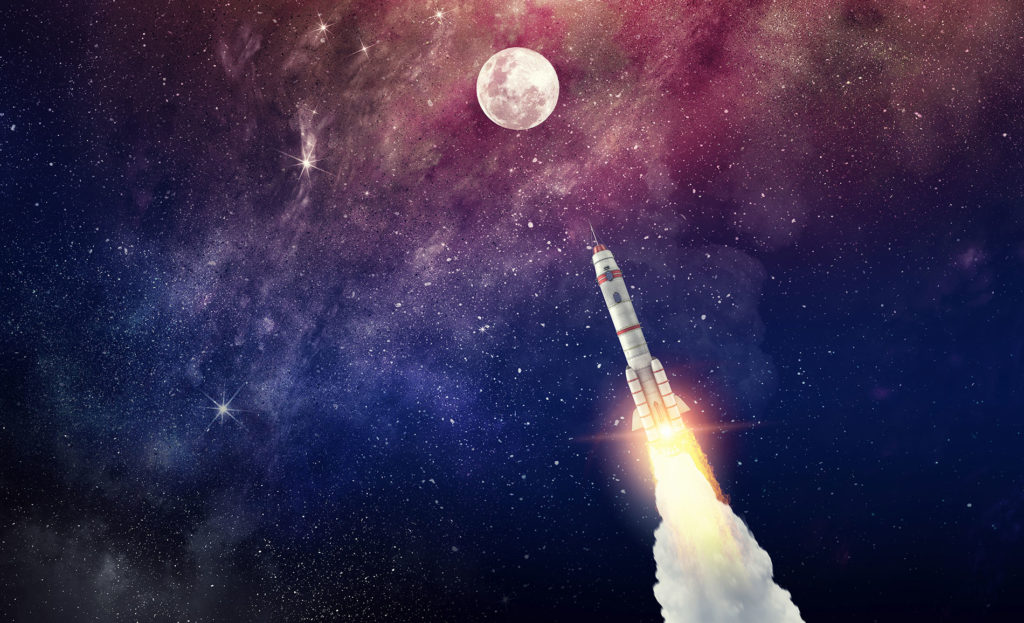 Such an impressive lunar (looney to some) feat, yet to be replicated this Century, is the classic example the creator of the Mission Economy approach, Mariana Mazzucato, uses to make her case. Indeed, the State in a capitalist economy can play a critical role in addressing pressing contemporary challenges, an idea that openly pushes back against one of the tenets of a seemingly unbeatable Neoliberalism. So let’s give it a Moonshot, she would rather say. A Moonshot to Make Capitalism Great Again, that is.

Now, let us not forget the context of the Apollo program, its relation to the Cold War, and so on. There is more than meets the eye here. Moreover, the overall program required an investment of close to 300 billion USD (in today’s dollars), which is still bigger than the 2021 GDP of almost 150 countries. But money alone does not suffice. In addition to such immense fiscal capacity, significant science, innovation, technology, and R&D capacities and solid institutions are also needed to put the complex mission in motion.

At any rate, the Moonshot approach core idea is not arguing that the State should take over and do everything,  crowding-out all others. Instead, the State sets long-term goals on a consensus basis and then brings in all the actors and players needed to make them happen in practice. That also demands additional capacities in addition to much-needed legitimacy and convening power. Money in the shape of public financial resources talks loud here and is a magnet for private sector (for-profit and non-profit) involvement.

The above neatly illustrates state capacity (SC) and its potential links to technology. For example, look at the 150 countries mentioned above. Not even today they can dream of planning such a Moonshot. The issue is not just the lack of almost infinite financial resources but also, perhaps as necessary, the absence of the essential State capacities needed to run a program of such magnitude. Undoubtedly, dedicated missions to space will not become part of the UN Sustainable Development Goals (SDGs) anytime soon. That is already being handled by pampered tech billionaires, more affluent than many countries, who want to make their childhood dreams a reality, deeply influenced by the original Moonshot and the ensuing barrage of sci-fi films. Back on a decaying Earth, most developing countries still have bigger fish to fry, not to mention the omnipresent global Climate Change challenge already impacting all living entities.

At least two key questions emerge here. First, how can countries increase state capacity, especially in developing countries? And second, what is the role of digital technologies in the former, if any? The catch here is that SC appears to be both a means and a goal. Complex Moonshots require relatively high SC capacity levels, but the approach says little on how to get there. The idea of dynamic SCs is floated, essentially pushing for creating sophisticated long-term public-private partnerships that add value. On the other hand, several SDG 16 targets call for strengthening public institutions, thus putting SC as a goal. But here, again, the devil is in the conspicuously absent details.

The idea of “bringing the state back,” which has gained more ground since the onset of the ongoing pandemic,  is certainly not new. In 1985, a well-known book with such a title was published, almost coinciding with the rise of Neoliberalism then starting to vanquish the world with little resistance. The publication opened the door to the emergence of the concepts of The Developmental State and the State’s Embedded Autonomy that built on the success of Singapore, South Korea and Taiwan. This occurred while the so-called “Washington Consensus” was already running at full steam, paradoxically pushing for policies that stood at the other end of the development spectrum.

Agreement on a single SC definition is still pending. Indeed, academics and researchers have been discussing the concept for decades now, a debate somehow overlooked by the Moonshot school. I have described that picture in some detail before, so I will not repeat myself here. However, two related questions are relevant for my purposes. First, how do we define SC? And second, how can we measure it?  – the latter entirely depending on the former. I am interested in this set of posts on the second question, but I cannot entirely ignore the first one for obvious reasons. Once we have a more precise SC grasp, we can introduce digital technologies into the picture.

What is also interesting about the 1980s State research was the effort to provide a conceptualization of the State before addressing SC. Indeed, any definition of the latter depends mainly on how the State is formalized. Here we can find at least four different schools of thought, starting with Hobbes, followed by Hegel, Marx and the neo-Marxists, and finally Weber, with the first and the last being perhaps the most commonly quoted. We should also acknowledge that variations within each of these perspectives abound. Surprisingly, Hegel’s view has received comparatively less attention despite its rich content and relevance for a capitalist society. At any rate, take your pick but make sure to know where you are bitting from. Not that these broad frameworks could not be used together to tackle such a complex issue. Research along these lines is already out there.

While that is beyond the scope of my goals, what I can do is suggest a few methodological remarks. First, the State is a political macro-entity that entails domination by consensus or force (or both) over what Hegel called civil society. It is thus an instance where power is distributed and administered on behalf of a people – like it or not. Not surprisingly, anarchists, libertarians, communists and utopians call for its abolition to achieve real freedom. Second, different types of States have emerged in human history. For example, the various empires (Roman, Ottoman, Califates, and so on), the City-States, the early national states of the 18th Century, the Colonial States and the nation-State, the dominant form today. Be aware of the critical differences when comparing, say, Ancient Egypt to the current US State. While both can be considered empires, the Egyptian State structure will be as useless in today’s US as the latter would be in the former. The internal socio-economic context and overall global geopolitical situation are certainly totally different. And third, not all societies have created States. That is certainly the case for communities and cultures that the West has usually and wrongly perceived as “barbaric, savage or uncivilized.” Fortunately, the times are a-changin’. 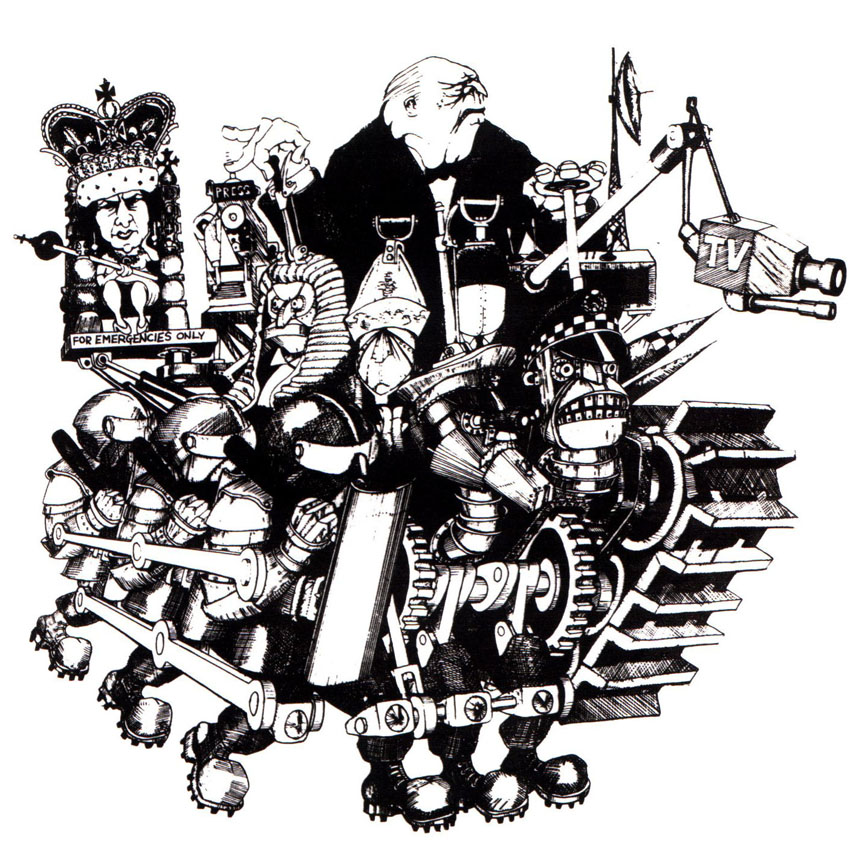 Equally important is to distinguish State genesis from its structure. While the former delineates the latter, historical research has pinpointed the various ways State formation occurs. In a nutshell, there is no single path to State formation. For example, Tilly’s pioneering work on State formation in Europe where war and financial resources played critical roles does not apply to the Global South, as the author has acknowledged. That is also an important conceptual point to bear in mind when comparing States synchronically and diachronically.

However, at a higher level of abstraction, it is possible to identify some State core pillars. They include 1. Territory. States operate within a given geography that can be fixed or change over time. Here, geopolitics plays a significant role as more powerful states can impose their authority on others who can be subject to its power unwillingly 2. Population. States have command over a given population segment inhabiting the territory under its control. People might potentially share socio-economic, linguistic, and/or cultural traits. And 3. Institutions. Any given State comprises a series of institutions with varying degrees of complexity. It exercises its power and interacts with both the people and other institutions, organizations and States. State institutions can be defined as the socio-political spaces where state power legitimizes itself following specific “rules of the game.” Such institutions are run by people, that is, the famous Weberian bureaucracy which gives them life and aims to ensure their sustainable and resilient operation. A “rational bureaucracy” was Weber’s Enlightenment-centered recommendation for the current capitalist State.

The various State institutions are the means deployed by a State to deal with civil society and control its territory. State formation is thus the dynamic process where specific groups of people, networks, sectors, and/or classes attempt to build a centralized macro-entity to impose their power over a people within a given territory. Both internal and external conditions will shape how this will occur in practice, thus opening the door for multiple State formation paths. Framed within this context and abstraction levels, SC is then the overall effectiveness of the State to sustain the needed institutions and maintain power in the long run.

The above should serve as an appetizer for the main course as it still is too generic and thus difficult to measure. We now need to identify other qualities to make quantification possible. Oh, in case you are wondering, my sister is doing great!

State Capacity and Digital Technologies – I