Memory insists on telling me every so often that the first time  I ever used the Internet was at the tail end of the 1980s. A couple of years earlier, the college where I was struggling to finish my Ph.D. (memories of a lost war come back often, too!) had connected, with our help, to BITNET. This store-and-forward academic network gave us access to email and list servers, the coolest network applications at the time.  The idea that one could communicate with someone in a distant location at zero cost for the user was astounding. Of course, using fixed-line telephones was still possible. However, communications costs were unaffordable, especially for students like me living on a shoestring budget, navigating the vicissitudes of a megalopolis and trying to connect with other continents. While undoubtedly not user-friendly, BITNET also elevated our reputation as we were part of the few connected to the network. Most people had no idea BITNET existed, an esoteric being challenging to describe in one sentence. 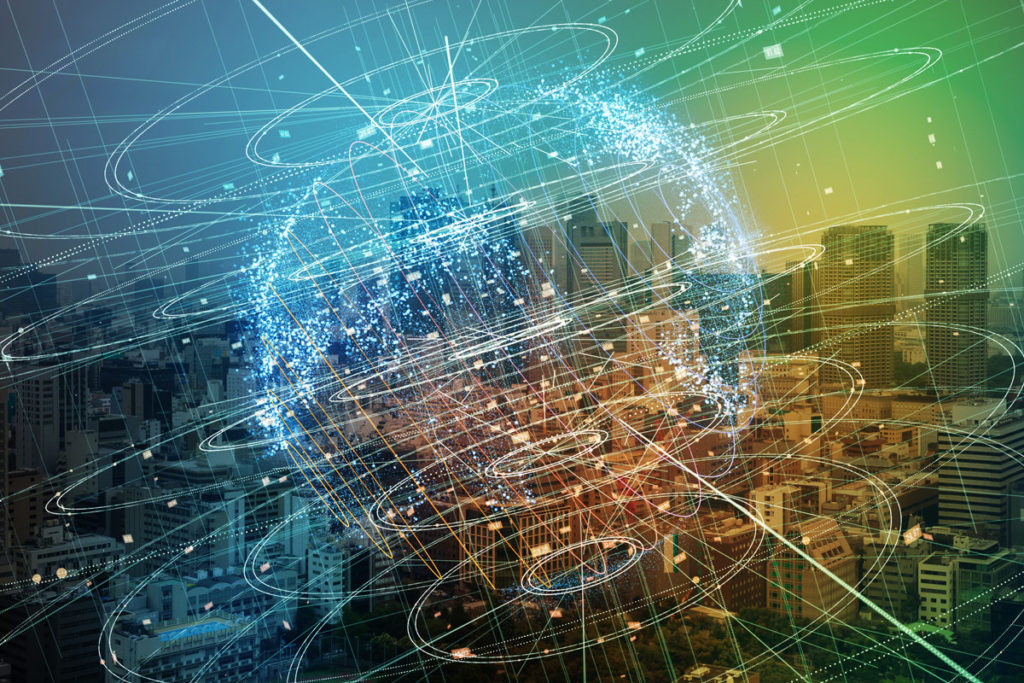 Switching to TCP/IP meant replacing backend equipment and finding compatible software for PC clients, available for free for the most part. Perhaps the most challenging tasks were configuring the routing tables in the brand new IP router and mastering the DNS. But now, in addition to email, we got Telnet, FTP and Gopher, an early text-based version of the Web,  all super cool too. My favorite was Telnet. I could log in remotely to a server and do interactive stuff in real-time. Telnetting to port 22 was fun as one could send an email interactively following the SMTP protocol. Not very secure, but no one was checking anyways. Indeed, we had switched the University from BITNET to the NSFNET, but we never used the latter to describe our brand new setup. BITNET sort of stuck around.

NSFNET was limited to academic and research entities, thus banning commercial traffic through its pipes. But privatization winds were already starting to blow amid the Neoliberal surge. In 1991, the NSF opened the door to a very selected group of private entities to offer connectivity services on a for-profit basis.  In 1993, a few more private players were allowed to enter the fray after accusations of favoritism and loud congressional hearings. In 1995, the NSFNET was finally shut down. The Internet, as it is known today, started to emerge.

How was such a critical decision made? Was privatization the only option at hand? These are some of the questions that Tarnoff’s latest book, Internet for the People, explores in detail.

Indeed, public fora, open discussion and other consultative mechanisms were not used to make such a decision. In hindsight, that would not be at all possible today, given the existing (and toothless) multi-stakeholder Internet Governance model. Apparently, the head of NSFNET had plenty of discretionary power to determine the future of the network. The ensuing debate was not if privatization was the optimal way to go. Instead, the issue at stake was who should be involved in the privatization process. Not that other options were unavailable.

For starters, we find Al Gore, who in the early 1990s was one of the few politicians that “got” the Internet. His original idea was to create a public-private network, a hybrid that could serve private and public interests simultaneously. However, his tune started to change once he became Clinton’s Vice-president in 1993.  The following year,  a U.S. Senator introduced a bill calling to reserve 20 percent of ISP capacity for a public channel beyond their control. Expectedly, the bill did not go anywhere; instead, we got the 1996 Telecommunications Act. Last but not least, we must consider the long history of community networks that started in the 1930s when a rural community in Tenessee joined hands to create a municipal Electric Power Board to secure access to the grid for all local inhabitants. Eighty years later, it started to offer broadband  (gigabit) services. Copycats rapidly multiplied all over the place. According to Tarnoff’s sources, almost 1,000 community networks exist in the U.S. today  – despite quick backlash by right-wing local governments that have since passed legislation prohibiting such networks.  In any event, these options were not on the NSFNET’s radar screen.

The author deploys the stack metaphor to follow the Internet’s privatization process. While the TCP/IP has four layers, Tarnoff uses three at most. First, down in the basement, we encounter the pipes connecting the various networks and sites. This layer has always been in the hands of the private sector (in the U.S . but not so in most countries, I should add) as leased lines and all related hardware was furnished by businesses. The second layer comprises networks, initially limited to public and research entities. Finally, inhabiting the stack’s penthouse is the application layer that took off in the late 1990s, partly propelled by Clinton’s 1997 Framework for Global Electronic Commerce. This last layer rapidly grew within a fully privatized environment. The top layer has also been the most profitable but shares a high degree of firm concentration and centralization with the bottom one. 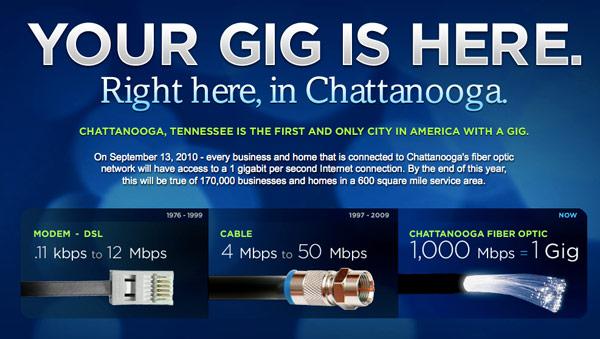 With this in hand, Tarnoff turns his attention to the selected number of behemoths that control a large share of today’s Internet space. eBay is first in line and a pioneer in business success and network innovation. Its founder and then CEO understood that the real power of the Internet was to merge the community with the market. The community was very proactive in this scheme and helped run the network’s core business operations. Google, Facebook,  Amazon and Uber learned from that experience while introducing new innovations to create what the author labels as “online malls” with an almost global reach  -unlike brick-and-mortar malls. Note that the Internet behemoths have distinct segments of the Internet market space; thus, competition among them is not a destabilizing factor. Google and Facebook make most of their profits from advertising. Amazon has a mix of digital services, such as its dominant cloud services, and brick-and-mortar operations, which we all use to buy commodities. On the other hand, the still unprofitable Uber operates in the public and private transportation sectors.

Tarnoff argues that the success of these companies is the result of the powerful combination of three factors 1. Networks effects. 2. Intermediation, and 3. Sovereignty.  The first is well known, so we do not need to dwell on it. For the second factor, the author uses the word “middleman” to indicate that these entities are the exclusive entrance gateways to their respective digital domains. While this is right on target, missing here is how the behemoths have eliminated traditional analog intermediaries from actual business operations. In an older post, I argued that what we have here is the global centralization of (dis)intermediation. Needless to say, new intermediaries for specific products and services have also emerged.

The last factor is perhaps the most interesting. Sovereignty functions like a submarine that is usually underwater and thus invisible to us. As the communities are the ones undertaking most of the action, the sovereign does not need to be omnipresent. But it comes to the surface when decisions to add or change features occur, for example.  These companies control how community interactions happen and how products and services are delivered. In fact, governance mechanisms that allow communities to question authoritarian managerial decisions do not exist.  Like in the analog capitalist market, there is no democracy in its digital counterpart. That leads Tarnoff to reject the idea of defining the behemoths as “platforms.” The latter is a primarily technical and quasi-neutral term widely used in software and application development. That concept hides the existing power structures that allow the Internet giants to operate at almost free will – with potential government regulation still a very distant threat.

So how do we change this structure?  Tarnoff suggests that we need to “deprivatize” the Internet; he offers a set of options I have seen before. While the stack will need different change strategies, the core issue is not just collective “imaginations” but also the capacity to put massive collective action demanding short-run change in motion.  In my book, the latter is much more complex than imagining possible future scenarios for an improved Internet.

A viable alternative could be based on the distinction between private and public goods and services, framed within the Universal Declaration of Human Rights. Alternative approaches to public goods theory suggest that communities can decide which goods and services should be public or private. On that basis, they could agree on provision via markets or local public entities, more so if products can be digitized. Certainly, very few will want to see the privatization of human rights. But that is a balancing act communities operating democratically should be able to sort out while avoiding civil wars, virtual or real. Let us not forget the role that the little guys, the micro, small and medium enterprises, could play in such an arrangement.  Not all markets are capitalist, and not all private entities strive to maximize profits. NGOs, foundations and others are private non-profits that have an essential Internet presence and do not need to be deprivatized.

Seeing the Internet as a “shopping mall” does not really capture the complexities of its current structure. In fact, with its digital DNA, the Internet has added a fifth dimension to our daily analog space-time continuum. And that dimension has its own space-time continuum where acceleration (speed) and mass (volume) are essential. The Internet has thus recreated in a capitalist fashion a new digital economy capable of impacting and changing its analog counterpart big time. Understanding that alongside their innumerable interconnections is necessary to propose alternatives that might work best for most of us as communities, democratically. And community networks might indeed have a vital role in a transition phase, more so if we place the focus more on community and less on physical networks.

And no, I do not use telnet anymore…

Towards a Public Internet?